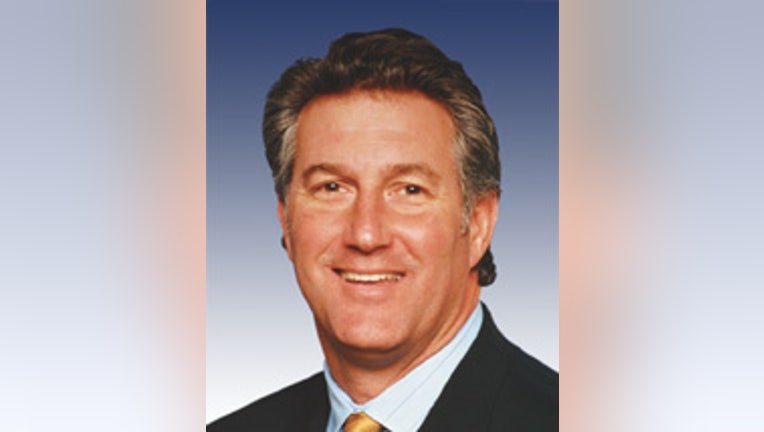 Rick Renzi (Office of the Historian / U.S. House of Representatives)

PHOENIX (AP) - Rick Renzi, the former three-term Republican congressman in Arizona who served nearly two years in prison for extortion and money laundering convictions and complained that he was treated unfairly by federal law enforcement authorities, was among the 73 people pardoned by President Donald Trump in the final hours of his presidency.

Renzi, who served in the U.S. House from 2003 to 2009, was convicted in 2013 of conspiring to use his congressional post to make companies buy his former business associate’s land so the associate could repay a debt to Renzi.

Prosecutors also said Renzi looted a family insurance business to help pay for his 2002 campaign, but he was not convicted of illegally using money from the firm. The former congressman, who had denied wrongdoing, was found guilty of filing false statements with regulators after failing to use premiums collected from nonprofit groups to buy policies.

In a statement released after Tuesday’s pardon, Renzi expressed gratitude toward Trump and heavily criticized the U.S. Justice Department, which investigated and prosecuted him. "I went to prison and was wrongfully incarcerated rather than cower and plead to the DOJ fabricated narrative that I was guilty," Renzi wrote.

Fifteen years ago, Renzi was mentioned as a possible Republican challenger to then-Democratic Gov. Janet Napolitano, though Renzi ultimately decided against pursuing the state’s highest office.

Tempe pollster Mike O’Neil characterized Renzi’s political career as unremarkable and said many Arizonans had likely forgotten about him by now.

"It was a relatively short tenure," O’Neil said. "It ended in disgrace. He is well over the memory cycle of most folks at this point."

Renzi’s convictions were upheld by an appeals court. Even after his release from prison in January 2017, he continued pushing for a new trial, alleging that a key witness against him changed the substance of his testimony after the FBI said he could be compensated for his cooperation.

His lawyers had said they learned about the possibility of a reward more than a year after Renzi started serving his sentence. Ultimately, Renzi’s bid to get a new trial was rejected by the courts.

Authorities said Renzi held hostage possible parcel swaps involving public land proposed as the site for the Oak Flat copper mine near Superior, Arizona, unless it included purchasing private land owned by a former Renzi business associate, James Sandlin. According to the indictment, an investment group agreed to pay $4.6 million for Sandlin’s land. He then paid Renzi $733,000 for his help. Sandlin was convicted of conspiracy, wire fraud, extortion and money laundering.

At sentencing, Renzi’s lawyer said his client’s motives were pure when he tried to arrange a swap of land Sandlin owned that would help reduce water use in Cochise County. Renzi’s attorney had said Renzi failed to disclose a conflict of interest and that the insurance convictions came from paperwork issues that led to no losses to insurers or clients.

"I want to ask forgiveness for what I put you through," Renzi told the judge. "I should have done more to communicate my relationship with Mr. Sandlin and done a better job managing my insurance business."

While Renzi was sentenced to three years in prison, he was released in early 2017 after serving nearly two years.

During his congressional career, Renzi also faced scrutiny from the Federal Election Commission, which investigated allegations that he channeled prohibited corporate funds into his 2002 campaign. The FEC eventually dropped the inquiry, but Renzi paid hundreds of thousands of dollars in back taxes when settling the charges.

As a legislator, Renzi was credited with bringing federal dollars to his congressional district, trying to improve housing on the Navajo Reservation and helping line up grants for a genetic research center in Flagstaff.