Boaters gathered off the coast of Pinellas County on Saturday to form a large flotilla in support of President Trump. They traveled from the Gulf of Mexico into the Intracoastal Waterway for a three-hour-long parade.

CLEARWATER, Fla. - Boaters showed off their American pride and support for President Trump in Pinellas County on Saturday afternoon.

With ‘Trump 2020’ flags flying and boats decked out in red, white and blue, boaters took to the waters of Pinellas County for a three-hour-long flotilla.

Connie Park shared video of the event, showing a large amount of watercraft in the Intracoastal Waterway. 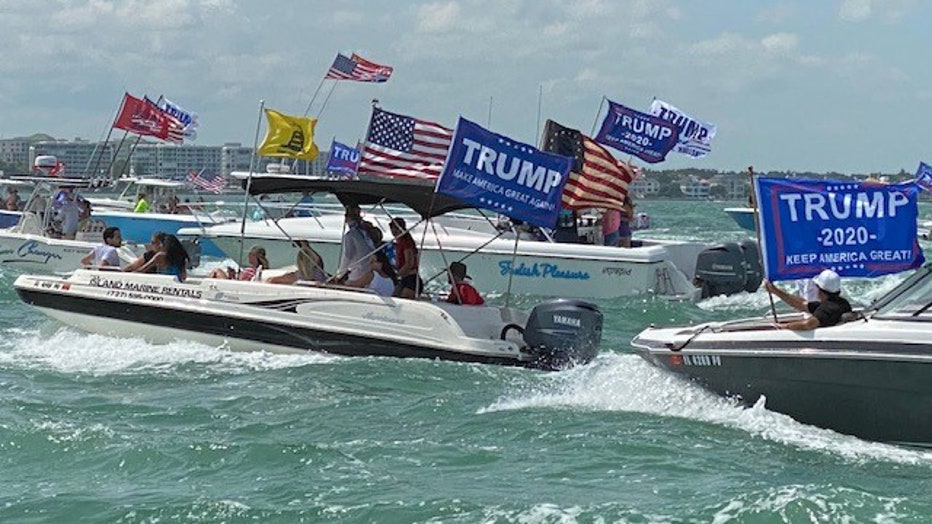 According to the parade organization's Facebook page, the boaters launched from 880 Mandalay Avenue in the Gulf of Mexico and made their way south to Clearwater pass before heading east to the Intracoastal Waterway and eventually making their way to Three Rooker Island.