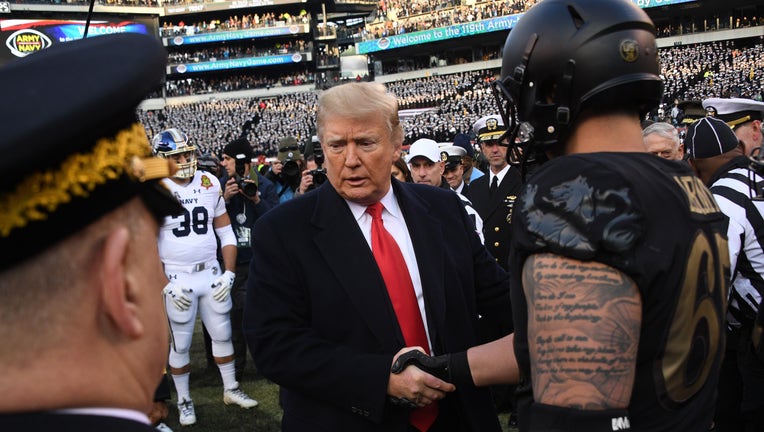 White House spokesman Judd Deere confirmed Monday on Twitter that the President would be heading to Philadelphia to attend the game for the third time.

Trump previously attended the game in 2016, prior to his inauguration, and again in 2018 when he flipped the coin.

The Army-Navy game will be the second college football game the president has attended this year after he attended a key matchup between the University of Alabama and Louisiana State University earlier this season.

The #21 ranked Navy Midshipmen enter the game with a 9-2 record behind a dangerous rushing attack. The Army Black Knights head to Philly with a 5-7 record, but a three-game winning streak against Navy.

More than 70,000 fans can expect heightened security when entering the stadium and tailgating in the parking lots around South Philadelphia.

The Midshipmen and Black Knights first met on the football field in West Point, N.Y., in 1890.