The cuffed suspect was reportedly on the ground when he was struck. The officer resigned from the police department before the arrest.

TUCSON, Ariz. - Tucson police have arrested one of their officers for striking a suspect who was handcuffed and down on the ground.

Sgt. Pete Dugan says Officer William Gallego was booked Sept. 20 on one count of aggravated assault. He resigned from the police department before his arrest.

The incident started when other officers made an arrest for trespassing after a fight broke out involving several people. Dugan says the suspect was lying on the ground and cuffed but refused to get up.

Gallego then arrived at the scene to assist. Police say Gallego recognized the suspect from a previous incident and called him by name. The suspect then spit on Gallego’s pant leg. 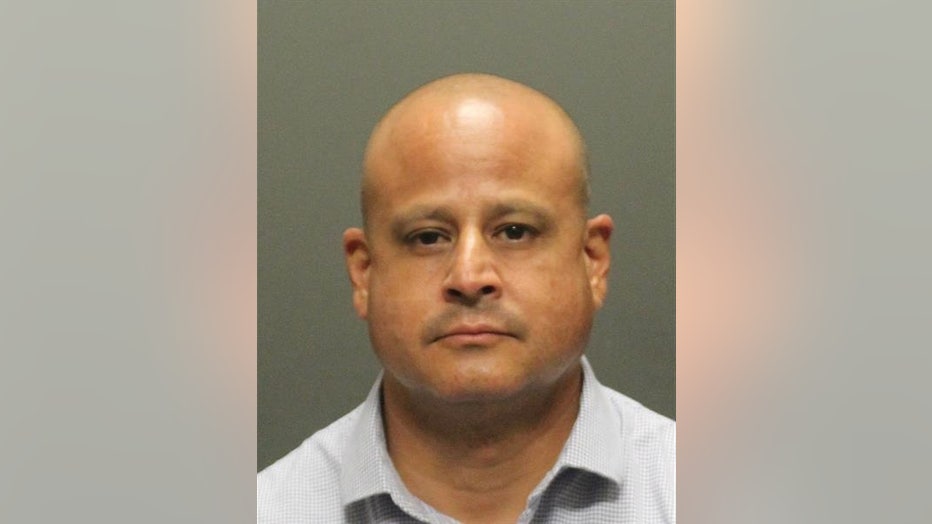 Tucson Police Officer William Gallego was booked on one count of aggravated assault. He resigned from the police department before his arrest.

Authorities say Gallego then placed his boot on the back of the suspect’s head. He then went to get a restraint device.

An internal review of body camera footage showed Gallego deliberately hit the suspect in the head with his shin twice while walking past him.

According to Dugan, the suspect did not suffer any injury.

It was not immediately known if Gallego had an attorney. He is a 16-year veteran of the department.