TUCSON, Ariz. - Shortly after the Industrial Revolution, the need for a blacksmith went away, and the craft is now pretty much just a thing of the past. A school in Tucson, however, is trying to change that.

"If you go back in history, he who was probably one of the most important people in a village would have been the blacksmith," said Rich Greenwood, owner of Desert Metal Craft.

A blacksmith, many years ago, is known to be one of the most important people in a village, and the blacksmithing shop is the original service station.

A craft once needed and relied upon is now diminishing.

"I think about five years ago, people realized that and kind of took a step forward and realized we have to bring this back, otherwise it's really going to be lost," said Greenwood.

Greenwood is doing his best to stop that from happening. Earlier in 2019, he opened Desert Metal Craft in Tucson. The school teaches the art and science of metalcraft, and students learn things like blacksmithing, bladesmithing and fabricating.

"Blacksmithing is moving steel in its plastic state, by definition, but basically taking any sort of metal and heating it up and then forming it into what you want it to look like," said Greenwood.

When people go inside the shop, they can expect to feel the heat of the forge, hear the hammers clanking, and see sparks flying.

"Every time I tell somebody that I'm a blacksmith, they're like, 'wait, that exists? That's still a thing? People still do that?" said student Michael Seronde.

Seronde fell in love with the trade 10 years ago. He's still taking classes and perfecting his craft.

"Blacksmithing is so cool to me because you take a fundamental material -- steel is almost as raw as it gets. You can forge with iron, which is literally as raw as it gets, and then with your own will and power, with the help of some fire, you can forge it into some really amazing tool," said Seronde, who specializes in making knives.

"Maybe you won't make your living making knives or being a blacksmith, but there are so many really valuable skills in blacksmithing," said Seronde. "You can make tools. There's a variety of tools with a bit of metallurgy involved. There's a wide range of actual careers that you can build from blacksmithing as a fundamental skill."

Blacksmithing isn't just for the guys, as instructors at DMC are hoping more women will get involved in the trade.

"You've gotta have some artistic ability. You've got to have a little vision. You've got to see what's going to be done with that product down the road," said Greenwood.

Whether people are interested in making knives, tools, furniture or even medieval body armor. DMC instructors are ready to help make an old skill new. 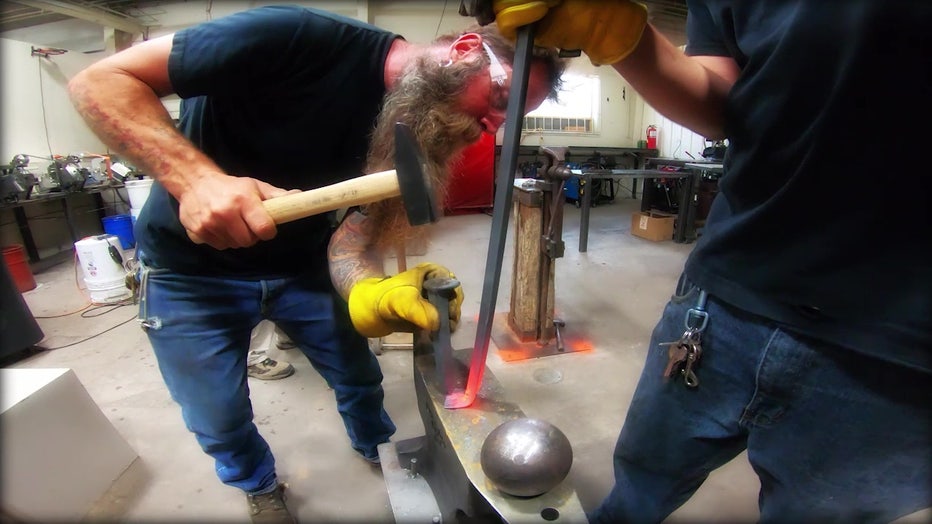