Houston restaurant Turkey Leg Hut is faced with a nearly $1.3 million lawsuit from US Foods that claims the restaurant hasn't been paying their food vendors. FOX 26's Matthew Seedorff has more details on the story and asks customers their thoughts on the allegations.

HOUSTON - Popular Houston restaurant Turkey Leg Hut is apparently being sued by US Foods for more than $1 million.

The food place has rapidly grown in popularity over the years due to multiple, viral posts on TikTok. It's located on Almeda Road and constantly has lines wrapped around the building.

A lawsuit from US Foods against Turkey Leg Hut was filed on Dec. 2, 2022. It mentions an alleged unpaid total balance of $1,288,583.12 in unpaid invoices for non-PACA food and food-related products and services accrued pursuant to the contract between US Foods and Turkey Leg Hut, exclusive of interest, costs, and fees.

Turkey Leg Hut also agreed to pay interest in the amount of 1.5% per month on any payment past due until collected, according to the lawsuit. The document also states the restaurant agreed to pay all costs, expenses, and fees, including attorneys’ fees, which may be incurred by US Foods in enforcing or protecting its rights under the US Foods and Turkey Leg Hut contract. These costs are not included in the total unpaid balance of nearly $1.3 million. 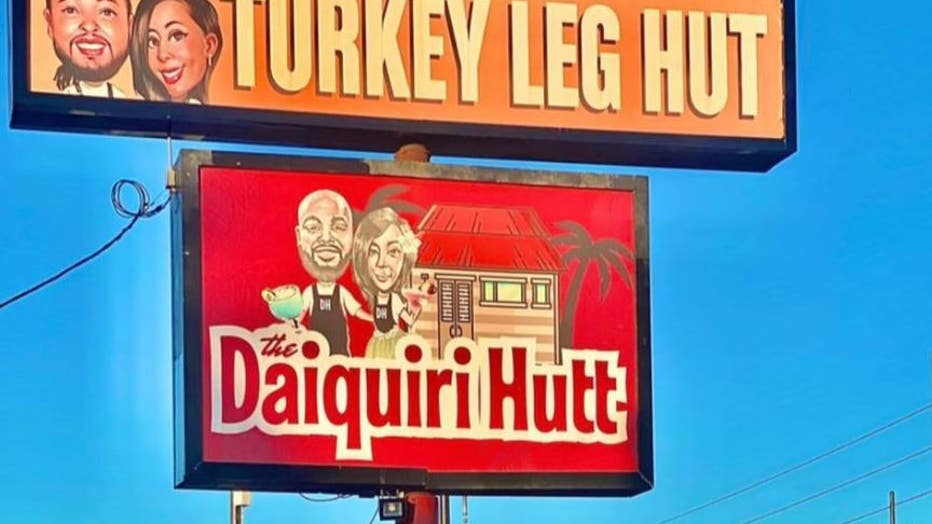 "I’m really surprised that they are in this situation considering they’re a pretty busy, high-volume restaurant," said Fred Gordon from Gordon Restaurant Consulting. "Obviously, there was an agreement signed with the restaurant and the actual distributor. I don’t know the net terms associated with the agreement, but it will make it difficult for him to outsource any other vendor in the city."

According to the lawsuit, on Sept. 15, 2022, US Foods sent a letter to Turkey Leg containing a demand for payment in full of all amounts due. However, Turkey Leg did not respond or object to US Foods demand letter, nor has it made any payments of the outstanding invoices.

Customers we met outside the restaurant Thursday were hearing about the lawsuit for the first time.

"That’s a lot [of money]," said one customer visiting from Atlanta. "I’m not saying it’s a false claim, but it is far-fetched."

"I really hope they get it figured out," said another customer visiting from Cleveland. "It’s a really good business from the short stay I had. The food is really good. Seems like they’re making good money. I hope they do their due diligence."

Lynn Price, a co-owner of Turkey Leg Hut responded to our story with a now-deleted Instagram post.

FOX 26's Jonathan Martin speaks with the owner of Houston's Turkey Leg Hut, a restaurant that is growing in popularity. This is the ONLY one-on-one interview the owner has done since the lawsuit was filed by people living near the restaurant.

The caption of Price's post read, "If you’re going to tell the story, tell the whole story.. understand this comes from a PR lady that’s hurt and also ex employees that are really hurt because of not being a part of the brand .. understand check the track record and we have paid taxes etc on time 100k a month and pay roll 85k a week and never missed a beat," Price said. "@us_foods owed us money for advertising etc on trucks IG and all .. it’s always 3 sides to a story .. and there side ain’t the truth.. why would a company let a bill get that high, cause they did not at all."

Co-owner Nakia Price is mentioned in the lawsuit as well.

A spokesperson from US Foods told us, "We sincerely appreciate you reaching out but as a general matter, we do not comment on active litigation."

This isn't the first Turkey Leg Hut was sued. Third Ward residents sued the restaurant back in 2019 claiming the restaurant was a public health risk.