What we know about the coronavirus IHU variant

Health officials found that IHU has 46 mutations. That is even more mutations than were found in omicron.

U.S. airlines say China has blocked more than a dozen recent and future flights from entering the country, which has been tightening already-strict COVID-19 travel restrictions.

China ordered the cancellations after some passengers tested positive for COVID-19 on flights that arrived in China in late December, according to industry officials.

Airlines for America, which represents the largest U.S. passenger and cargo carriers, said it was discussing the matter with U.S. and Chinese government officials to find ways to minimize the impact on travelers.

RELATED: Flight canceled? Here’s how to get a refund

The blocking of flights is the latest development in a dispute between the two countries over international flights and rules designed to prevent the spread of the coronavirus. 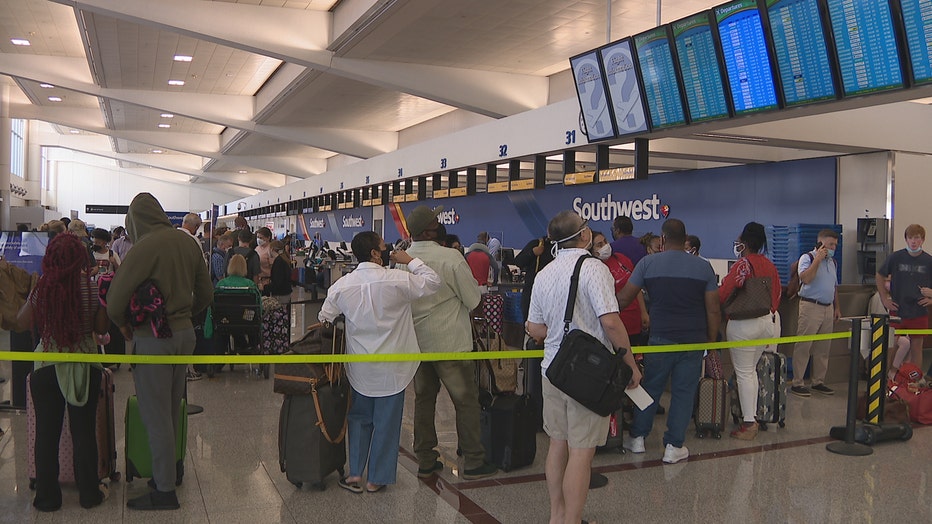 Passengers at Hartsfield-Jackson Atlanta International Airport were frustrated by a wave of cancelations of weekend flight.

China has been ratcheting up travel restrictions after recent outbreaks of COVID-19 as it prepares to host the Winter Olympics in early February. China limits capacity on inbound flights — currently to 75% — and requires passengers to be tested before departure and after arriving in the country.

If passengers test positive, the airline that carried them can be forced to cancel two to four flights, depending on the number of positive cases.

Last month, Delta said new requirements for cleaning planes between flights caused a plane bound for Shanghai to return to Seattle. The airline said the new rules extended the time planes would need to sit on the ground in Shanghai, and weren’t workable. The Chinese consulate in San Francisco lodged a protest over Delta’s decision.

In 2020, the Trump administration backed down from a threat to block four Chinese airlines after China agreed to let United and Delta resume limited operations that were shuttered earlier in the pandemic.

Last August, the U.S. Transportation Department limited the number of passengers on four Chinese airlines’ flights to the U.S. after China imposed similar limits on United Airlines. The U.S. said China was putting an unreasonable burden on U.S. airlines for travelers who test positive after arriving in China.