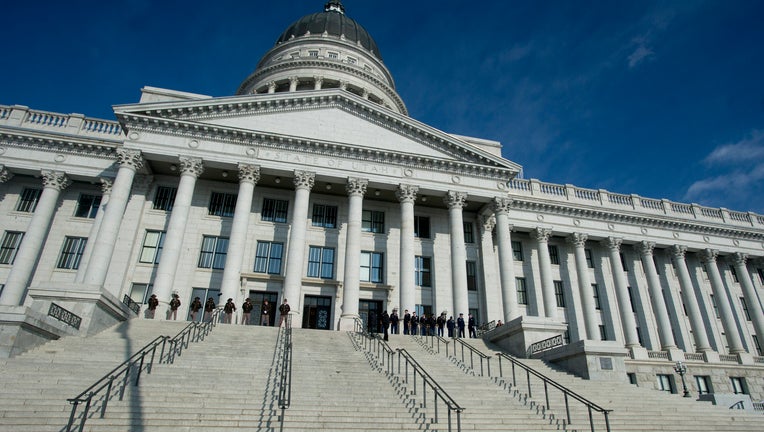 SALT LAKE CITY - A Utah lawmaker has unveiled a proposal to require pornography to carry warning labels or be subject to a $2,500 penalty, though an adult-entertainment industry group warned the idea would violate the First Amendment.

The label about the potential harm to minors would have to appear on both print and digital material that appears in Utah if the bill proposed by Republican Rep. Brady Brammer passes the Legislature.

If the label doesn't appear, the producer could be sued for $2,500 per violation, either by the Utah Attorney General's Office or a private group. The enforcement process would be similar to warning labels about toxic substances that are required in California, Brammer said.

"We continue to have people complain about the prevalence of obscene materials and the impact on their children," Brammer said. The digital warnings, for example, would allow people to navigate away quickly if something obscene comes up online accidentally, he said.

The bill doesn't contain a specific definition of pornography. Instead, that would be decided in court if a lawsuit is filed under the law, Brammer said. The law wouldn't regulate the content itself, so doesn't violate free-speech rights, he said.

"It's not censorship because it doesn't stop anything from being said or printed or published," he said.

Mike Stabile, a spokesman for the Free Speech Coalition, an adult-industry trade group, disagreed. Such a warning label would violate the First Amendment because it would require producers to communicate a specific message, he argued.

"You can't force someone to say something," he said, pointing to a U.S. Supreme Court ruling overturning a California law that would have required anti-abortion pregnancy crisis centers to post signs saying they are not medical facilities. Warning systems like those for rating movies with an R or PG-13 are different because they are voluntary, he said.

Meanwhile, the Utah bill is broad enough that it could cover everything from the TV show "Game of Thrones" to a partially nude selfie on Twitter, he argued.

Stabile also questioned the proposed language of the warning, which states that exposing minors to pornography is "known to the state of Utah" to negatively affect minors' emotional and brain development and their ability to maintain intimate relationships.

Unlike the effects of toxic substances, the research on pornography is not exhaustive or definitive, he said.

"This is the government coming in and trying to control something that should be handled by parents," he said, adding that explicit material is intended for adults.

Brammer, though, said he drew the language of the warning from a resolution passed by Utah in 2016 that declared pornography a public-health crisis, citing its widespread availability online. Since then, more than a dozen states have advanced similar resolutions.