Valley attorney and world marathon runner Negretti takes on one of the biggest challenges he's faced.

"I wanted to do something that's over the top to bring awareness to this disease, to show people that you can do great things if you put your mind to it."

Seven marathons on seven continents in just seven days. But before leaving tomorrow for the first leg of the World Marathon in Antarctica, Negretti makes a quick stop at Camelview Elementary to share his journey with fourth graders.

"I had my large intestine removed back in 2015, so I now live with an ostomy -- which does challenge things a little bit," he said.

Negretti was diagnosed with chronic bowel disease -- ulcerative colitis -- and when he runs with his colostomy bag, he will be the only World Marathon challenge competitor with a disability.

However, despite his condition, he believes inspiring children and spreading awareness could help to change lives.

"At such a young age, you can learn to do great things and if you take that with you the rest of your life, then nothing can stop you," he said.

Negretti is competing to raise funds for Valley non-profit Heather's Mission, which donates to those with Crohn's and colitis.

He says sharing the importance of leading a healthy lifestyle with children is the real marathon. 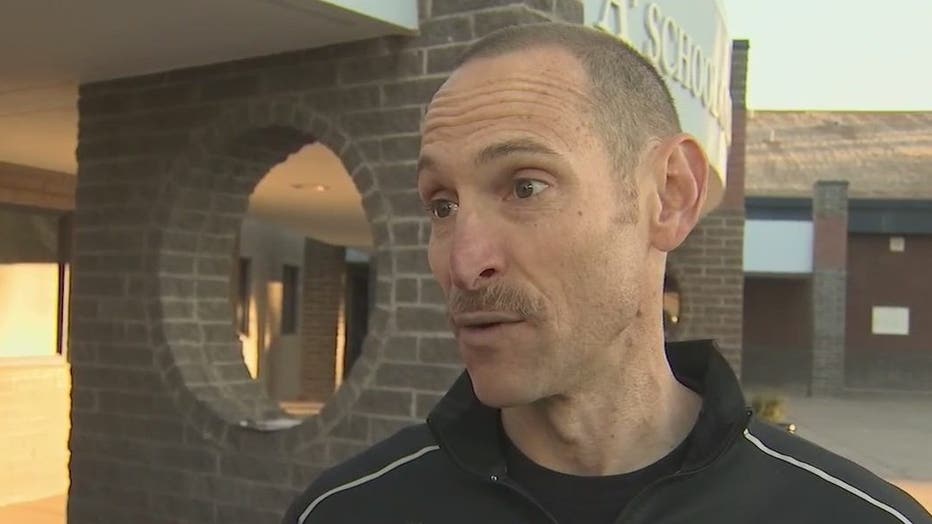