PHOENIX - A 95-year-old veteran in Phoenix helped change the course of history 74 years ago when he was handpicked to deliver the message that the Germans had surrendered. The coded message is housed at Arizona State University.

"I was one of the employees in the supreme headquarters," said Gregory Melikian.

At the headquarters located in Versailles, he worked as a radio code operator under General Dwight Eisenhower, who later became president, deciphering and sending important information to and from the allies.

"All day, everything in code," said Melikian.

On the day that would change history forever, May 7, 1945, the say the Germans surrendered, General Eisenhower picked Melikian to send the message to the masses.

"Eisenhower wants Melikian to send this message because he is only 20 and I want him to talk about this the rest of his life, 75 years later here we are talking about it," said Melikian.

Melikian coded and sent the big news to all the capitals, allies and military members.

"I didn't kill any, I saved 15,300,000 military foe and allies from killing each other, so I am called the peacemaker," says Melikian.

On Veterans Day, Melikian honors all of those he served with who never came home. 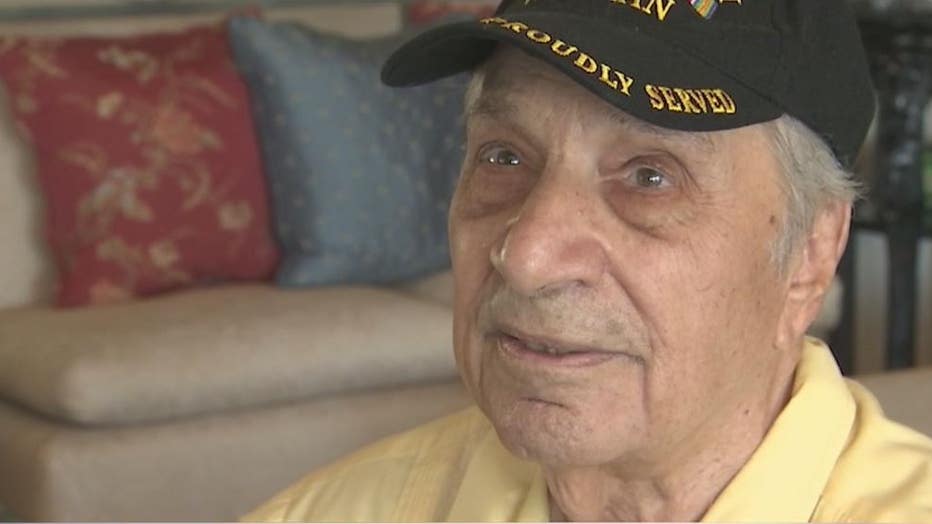 A few months ago, Melikian flew back to France where he was honored by many and thanked for his service.

In October, he received a letter from the White House saying he is being considered for the Medal of Honor.