PHOENIX - On Feb. 28 around 8 p.m. at the Walgreens near 67th Avenue and Thomas Road, a suspect walked into the store, armed with a gun.

The employees saw him right away. Phoenix Police Sgt. Steve Reaume says they did the right thing by backing away and hiding in the back of the store.

Take a look at the surveillance video. You can see the male suspect with the gun, trying to break into a safe under a counter.

"It looked to me like he was using some type of Dremel tool. I don't know how he thought that would open a safe, but he tried that. And then a short time later, he gets frustrated when he can't get into the safe, and then he walks over to the registers, and he removes the cash drawers," said Reaume.

The suspect then proceeded to put the two drawers in a shopping cart and fled the area on foot. He appeared to take his time. 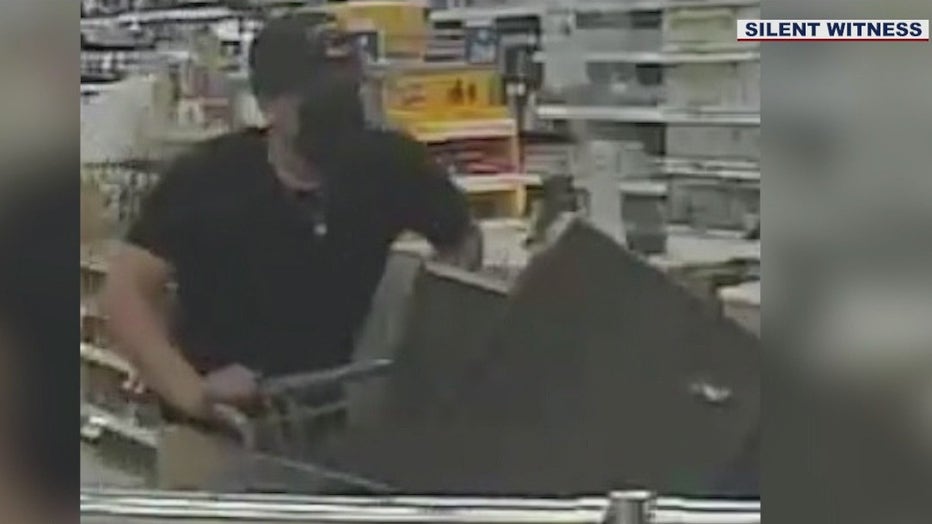 "That's what's concerning to me is that he's just so nonchalant about it, and then he just walks out with the shopping cart full of cash drawers," said Reaume.

Police say it appears that the suspect brought the tool into the store and that may have been his plan.

The suspect is described as a Hispanic male, 20 to 30 years old, with a medium build. He was wearing an Arizona Diamondbacks baseball cap, black face mask, black shirt, and black Nike shoes.

Phoenix Police officials say they have arrested a women for allegedly stabbing and seriously hurting her mother while her mother was driving.

Police are investigating the death of two people after their bodies were found near Interstate 17 and Peoria Avenue.

Meth, marijuana, pills and over $24k in cash found in Avondale home

A major drug bust in the West Valley led to the seizure of over $24,000 and 5,000 pills believed to contain fentanyl.