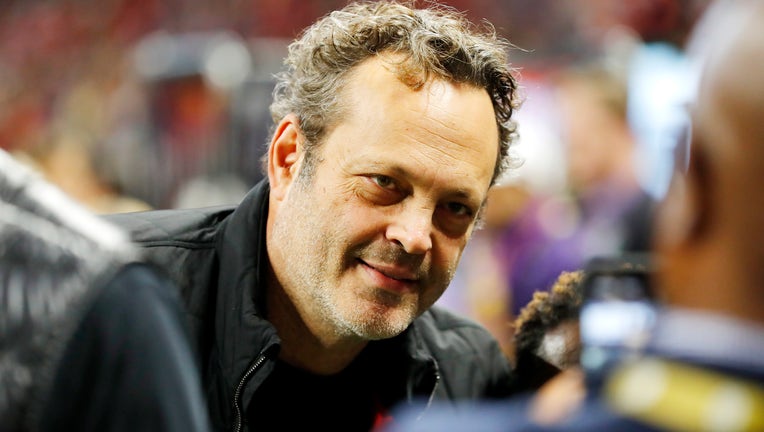 Movie star Vince Vaughn, a self-described libertarian who has supported Republican candidates in the past, is facing backlash on social media after a video emerged on Twitter showing him with President Trump during the national championship game Monday in New Orleans, La.

Vaughn was seen chatting and laughing in a private box with the president, as Melania sat between them. The pair shook hands and Trump appeared to point to the star's lanyard, according to a 31-second clip uploaded to Twitter.

The video was uploaded by a former Deadspin employee, Timothy Burke, who captioned it, "I'm very sorry to have to share this video with you. All of it, every part of it."

The social media reaction was swift and called for him to be "canceled." It is not the first time a celebrity faced social-media odium for their decision to interact with a Republican politician. Ellen DeGeneres faced backlash when video emerged of her sitting with ex-President George W. Bush during a Cowboys game.

"Jan 13, 2020: the day Vince Vaughn has been canceled," one user said, while another wrote, "Ladies & Gentlemen, I regret to inform you Vince Vaughn is CANCELLED."

"Ellen thought she had it rough...Keep Vince Vaughn in your prayers tonight," user Alex Salvi said.

"Sad. Vince Vaughn is one of my favorites," another user wrote. "I always knew he was Republican but this, so gross. I don't need a Wedding Crashers sequel anymore."

Others said the outrage was a bit over-the-top and reactionary.

"So do Swingers and Wedding Crashers get taken off the air for all of eternity now after Vince Vaughn had a civilized conversation with the president at the Superdome tonight?" Joe Concha, a columnist with The Hill, wrote.

"It's an amazing time to be alive when shaking the hand of the president is enough to get you canceled," user Jason Howerton said.