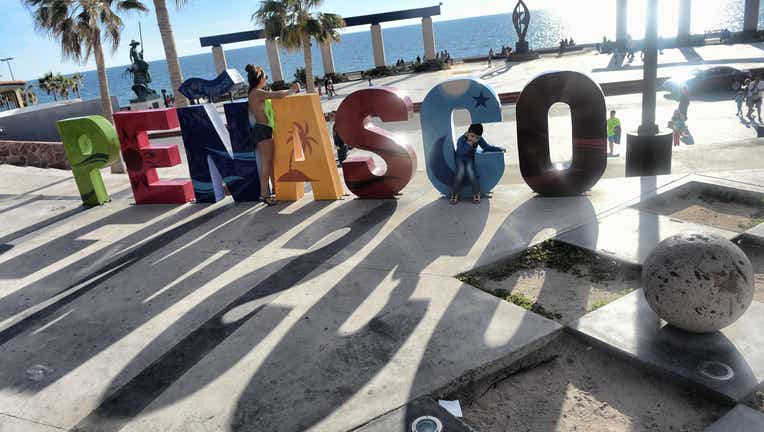 Fears about possible coronavirus infections from hard-hit Arizona mixed together with local politics south of the U.S.-Mexico border saw American vacationers turned back on the road to the popular resort of Puerto Peñasco over the long July 4 weekend.

The spat in the small community of Sonoyta just south of Lukeville, Arizona, continued July 7 after erupting over the weekend against a backdrop of international politics, local rivalries and resentments, and growing fears about the virus being spread along the 2,000-mile border.

“Really it is the American tourists who are not traveling,” said Carlos Jacquez of the protest group Sonoyta Unidos, which on Saturday briefly shut down all southbound travel to the Puerto Peñasco, a resort on the Sea of Cortez known as Rocky Point.

Local Sonoyta journalist Juan Manuel Navarro said Tuesday protesters with a roadblock south of an official health checkpoint are still turning back Americans they believe are engaged in nonessential travel.

Jacquez said Monday in a videotaped interview that Mexicans and Americans who can prove they are traveling on essential business like work or business are being allowed through.

Although authorities in Puerto Peñasco told visitors on the city's website they should be waved by if they can prove they have reservations in the coastal city, Jacquez said they cannot pass.

The border chaos made it hard to know how many tourists got through Sonoyta since the dispute began Saturday over local concerns that visiting Americans could spread the coronavirus further in their community. For a brief time that day, the protesters didn't let anyone through.

To the west in Mexicali, a Mexican border city of about 1 million people, vehicle checkpoints were also erected throughout the five-day Fourth of July weekend near border crossings with the U.S. and on the main highway to San Felipe and other beaches on the Sea of Cortez's western side.

“It is all politics, but they seem to be working it out,” said Jonni Francis, a real estate broker who moved her business from the Phoenix area to Puerto Peñasco more than two decades ago. “It was certainly painful for the people who planned to come down here for the long holiday and were turned back.”

Francis said she was waiting to see if the current situation would affect her plans to travel this week to Arizona.

An agreement between the neighboring municipalities of Sonoyta, which governs the border area with Arizona, and Puerto Peñasco, which oversees the coastal retreat known as Rocky Point, broke down Monday as officials worked to to get southbound traffic moving again.

It all started last week when Sonora Gov. Claudia Pavlovich Arellano announced all non-essential travel from Arizona into her state would be banned over the July 4 weekend. Arizona currently is seeing a COVID-19 surge with 3,653 newly confirmed cases reported Tuesday. Tourism is considered non-essential.

A governor's spokeswoman in the state capital of Hermosillo did not immediately respond Tuesday to a request for comment about the situation on the border.

On Sunday, Puerto Peñasco and Sonoyta municipalities reached an agreement for the highway leading directly to Rocky Point aimed at allowing travel by Americans who could prove permanent Mexican residency or could show they had reservations at the resort.

In Imperial County, California, Calexico Police Chief Gonzalo Gerardo said authorities across the border in Mexicali told him they intended to operate the checkpoints every Thursday through Sunday until the number of new cases subsides in Mexicali. It is among Mexico's hardest-hit cities, with 933 confirmed deaths and nearly 5,500 cases.

The area once known as the “cocaine corridor” is now called the “COVID corridor,” Gonzalo said.

Imperial County hospitals have been overwhelmed by COVID-19 patients. Authorities believe the problem has been exacerbated as U.S. citizens and legal residents with homes in Mexicali cross the border to seek treatment.

Reacting to a spike in virus cases reported in Arizona, the top health official in the Mexican state of Sonora is asking Mexico’s federal government to temporarily close the border to non-essential visits from the U.S.

Staffers are being called in from across the country to beef up hospitals to prepare for a COVID-19 surge. FOX 10's Steve Nielsen asked healthcare leaders when we could hit the tipping point.

The Arizona Department of Health Services said in a statement on July 6 that more than 62,000 of the 101,441 reported cases involve people younger than 44 years old.