One of the daughters of a Walled Lake man who killed his wife and the family dog and shot his other daughter said her father carried out the attack after he became heavily invested in QAnon conspiracy theories online.

WALLED LAKE, Mich. (FOX 2) - A Walled Lake man who killed his wife and dog and shot his daughter early Sunday had tried to get mental health help days before the attack, his other daughter said.

Igor Lanis, 54, was shot and killed by police after murdering his wife and the family dog. His 25-year-old daughter Rachel was hurt but survived.

His 21-year-old daughter Rebecca Lanis said her father was being radicalized by conspiracy theories online and was dealing with mental health issues. She said he tried to check himself into a mental health facility on Sept. 8, three days before the attack but was sent home. 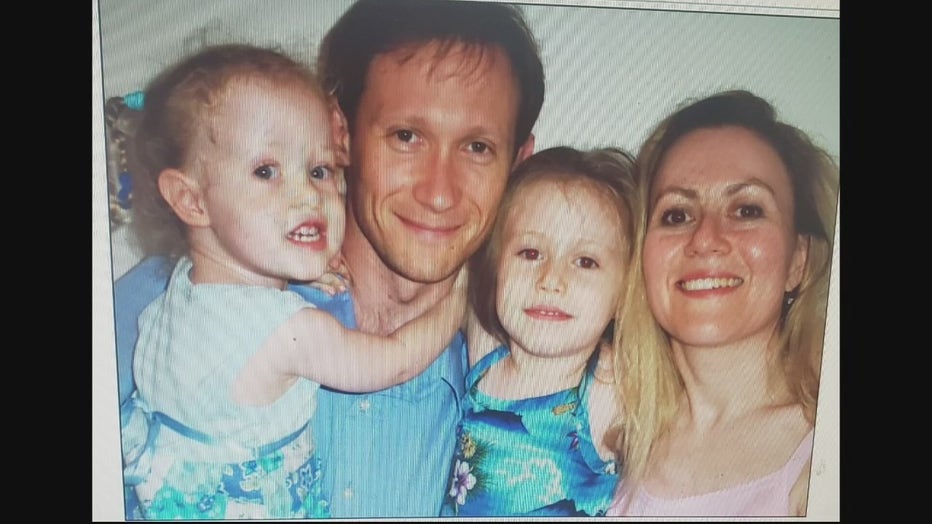 Rebecca wrote about what happened in a post she made on Reddit titled "My q-dad snapped and killed my family this morning." She was referring to QAnon theory. According to Rebecca, Igor believes in baseless claims, such as a cult of pedophiles, that the elite planned the Covid pandemic, and the election was stolen from former President Donald Trump.

She claims that while Igor was never violent, his beliefs led to the violent attack. She is warning people to get help for family members who get tied into QAnon conspiracy theories, especially if they have access to guns.

Rebecca said that when Rachel is fully recovered, they plan to move and start over new. She said her sister has undergone surgery at Ascension Providence Hospital in Novi, but is not able to move her legs at this point and is facing permanent paralysis.

A GoFundMe page has been created to help the sisters.