Following the “Storm Area 51” Facebook event that started as a joke and has now turned into a full-fledged festival called Alien Stock, a county in Nevada has declared a state of emergency.

RACHEL, Nev. - Following the “Storm Area 51” Facebook event that started as a joke and has now turned into a full-fledged festival called Alien Stock, a county in Nevada has declared a state of emergency out of fears the small town of Rachel and its 54 residents will be completely overrun.

“We started crunching numbers, and the numbers were telling us that, with everything that was coming out, and the intel we were getting, that there is no way our resources was going to handle this amount of people,” said Lincoln County Chairman and Commissioner, Varlin Higbee.

Higbee said that if even two percent of the 2 million people who clicked “attend” on the Facebook event calling on people to storm the nearby military complex and “see them aliens,” their resources will “run out fast” in a desert where it can reach temperatures in the hundreds of degrees during the day and freeze at night.

But Matty Roberts, who created the viral Facebook event, didn’t imagine that many people would sign up for the event that he eventually admitted was satire.

While the event was supposed to be a joke about uncovering the secrets behind the heavily guarded Area 51 complex, the U.S. government wasn’t laughing, especially after a statement warning against anyone attempting to actually take part in the event was released by the U.S. Air Force.

Even UFO whistleblower Bob Lazar posted on his Instagram saying, “I do understand it was started as a joke by someone, but there are a number of people who are actually planning on showing up. This is a misguided idea.”

The event became such a sensation that even the tourism board of Belize began to offer residents of the small Nevada town an all-expenses paid trip to the country to avoid the potential chaos that’s expected to ensue.

After an internet frenzy that followed the creation of the event, a three-day festival dubbed “Alien Stock,” was created with permits approved by the county in hopes of cultivating “an experience that celebrates aliens and the unknown,” according to the event’s website. 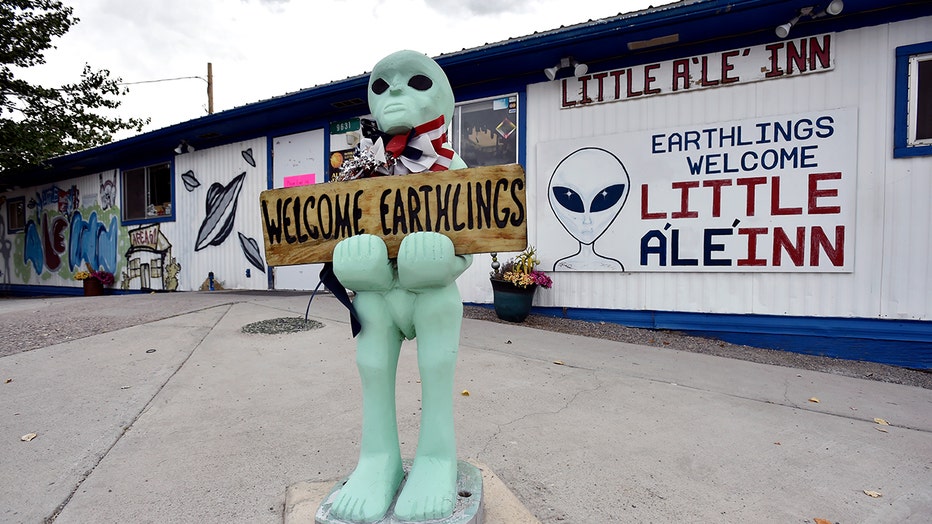 When asked why permits were approved for the Burning Man-like festival in the first place, Higbee said that there’s no stopping people from showing up to the area and that an event created away from Area 51 would deter from people “running helter skelter out in the desert.”

Higbee added that this declaration of emergency opens the door for the state to help the county to cover the costs, and permitting the alien seekers to have an event might create some control in what has been a chaotic turn of events.

Higbee said its hard to say if and how many people will actually show up but that it’s better to “prepare for the worst and hope for the best.”

The event has put the remote town of Rachel, Nevada, where the festival is supposed to be held, in the limelight, and according to the town’s website, visitors should not expect a warm welcome.

“A dubious group claiming a connection to chaotic events like Burning Man and the Las Vegas Electric Music Festival has taken over this event,” says the website.

“They threaten to ‘take over Rachel’ and claim that the residents are ‘on board,’” the site added.

Alien Stock says they are doing everything in their power to establish an amazing experience, saying there will be plenty of parking and camping spaces along with toilets and drinking water.

As good as the intentions may be to create a successful event, the town of Rachel, as well as Higbee, reiterate that the nearest gas station is 50 miles away with the only motel being fully booked that weekend and no nearby medical facilities.

“If you plan on attending the event you must be experienced in camping, hiking and surviving in a harsh desert environment and have a vehicle in good shape. You must be prepared to be completely on your own for food, water, gas etc. We expect cell service and the internet to be offline. Credit card processing will not work, so bring enough cash,” warned the town’s website.

“In your neighborhood, if all of a sudden 50,000 people showed up on your doorstep, would you be happy?” said Higbee.

“We didn’t ask for this, and don’t necessarily want it,” Higbee said.