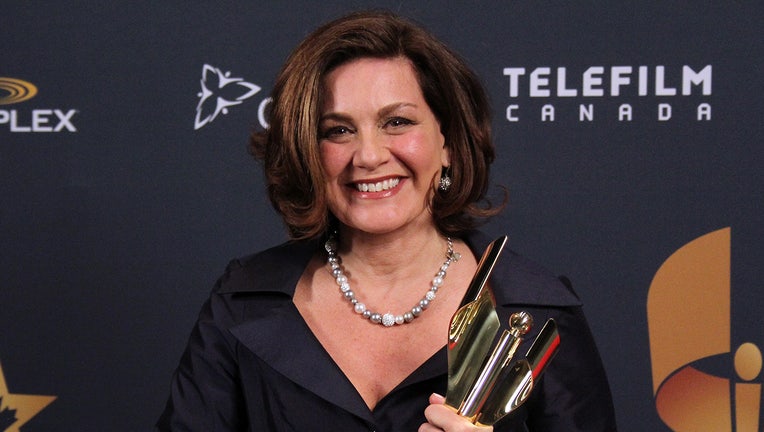 Before the grey: News anchor Lisa Laflamme poses in the press room at the 2015 Canadian Screen Awards. (Photo by Isaiah Trickey/FilmMagic)

TORONTO - Wendy’s Canada is giving the company’s iconic logo a new look to support Lisa LaFlamme, a veteran Canadian broadcast journalist many suspected was ousted due to ageism.

"Because a [star] is a [star] regardless of hair colour. #LisaLaFlamme #NewProfilePic," Wendy’s Canada tweeted Sunday.

LaFlamme, who worked for Bell Media's CTV in Canada for 35 years, posted a video about her firing on August 15.

"On June 29, I was informed that Bell Media made a ‘business decision’ to end my contract, bringing to a sudden close to my long career with CTV News," she said in the video on Twitter.

"I was blindsided and was still shocked and saddened by Bell Media’s decision," she continued.

LaFlamme thanks viewers in her video, recounting some of the highlights throughout her journalism career.

She said leaving the network "was not my choice."

The video has racked up thousands of likes and views.

Citing an anonymous CTV employee, Globe and Mail reported LaFlamme was let go for not dyeing her hair and letting it turn grey. Since then, support for LaFlamme has flooded social media.

"We have no control over what stays black and goes gray…Lisa your hair looks gorgeous," one user tweeted.

LaFlamme never said why she was let go.

Bell Media's president and CEO Mirko Bibic said age was not a factor, but declined to elaborate.

"Since Bell Media’s decision to end her contract, there has been heavy criticism. The narrative has been that Lisa’s age, gender or grey hair played into the decision. I am satisfied that this is not the case and wanted to make sure you heard it from me," he wrote, in part, in LinkedIn. "While I would like to say more on the Bell Media decision, we are bound by a mutual separation agreement negotiated with Lisa, which we will continue to honour."

Editor's note: This version of the story has been updated to add comment from Bell Media. This story was reported from Los Angeles.