PINAL COUNTY, Ariz. - Health officials in Pinal County say they have detective the first mosquitoes that test positive with the West Nile Virus for the year.

In a brief statement, health officials say the mosquitoes were detected this week, during routine seasonal mosquito surveillance.

"Last year we had a significant West Nile Virus season in Pinal County and statewide. This year, things have progressed more slowly, but it is still important to be vigilant to protect our community," said Chris Reimus with Pinal County's Environmental Health Program, in the statement.

In 2021, Pinal County confirmed its first human case of West Nile on Aug. 25.

What is West Nile? 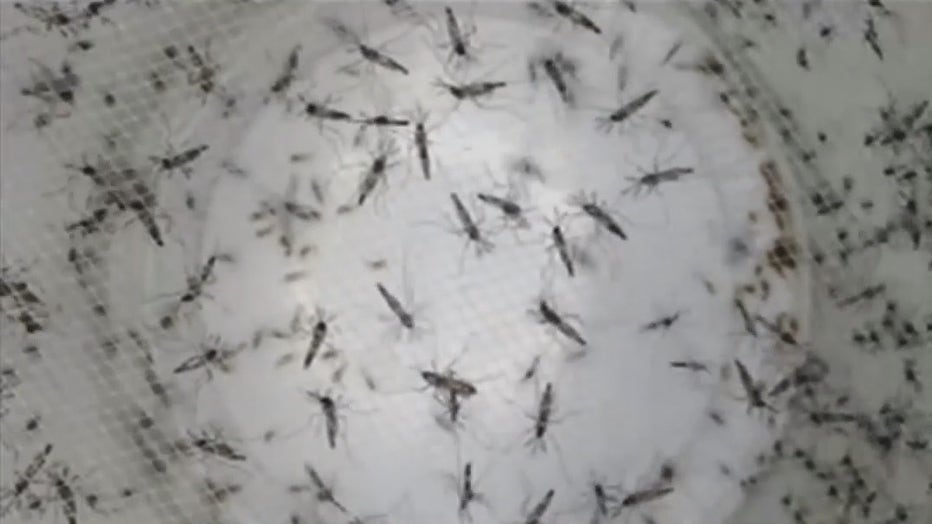 According to the Mayo Clinic, most cases of West Nile infections are caused by a mosquito-transmitted virus.

"Most people infected with West Nile virus either don't develop signs or symptoms or have only minor ones, such as a fever and mild headache. However, some people develop a life-threatening illness that includes inflammation of the spinal cord or brain," a portion of the website reads.

Mayo Clinic officials say about 20% of those infected with the virus develop a mild infection called West Nile Fever. Common signs and symptoms include:

Signs and symptoms of West Nile Fever, according to Mayo Clinic officials, usually last a few days. Officials also say in less than 1% of those infected with West Nile, the virus causes a serious infection of the nervous system that may include brain inflammation (encephalitis) or inflammation of the membranes surrounding the brain and spinal cord (meningitis). Those symptoms include:

Mayo Clinic officials say signs and symptoms of encephalitis or meningitis could linger for weeks or months, and certain neurological effects can be permanent.

In 2021, we reported on a Peoria man who became seriously ill as a result of West Nile Virus.

"He had collapsed, and I helped him off the floor. He had lost control of his bowels. I said, 'hang on, honey,' and I called the ambulance," said Gary Bushko's wife, Jennifer Snider-Bushko.

Bushko was rushed to the hospital, where doctors believed he suffered a stroke. He later tested positive for West Nile Virus Meningitis. Doctors say it was the worst case they have seen in 10 years.

"This can happen to anyone, and I wouldn't wish this on anybody. This has been an absolute nightmare," said Snider-Bushko.

Pinal County health officials listed a number of things people can do to prevent mosquito-borne illnesses like West Nile, including: