Teen who killed alleged abused could face life in prison

Chrystul Kizer, who was 17 at the time, allegedly shot the 34-year-old, set his home on fire and stole his vehicle after he tried to rape her, investigators said.

KENOSHA, Wis. - A Wisconsin teen could face life in prison after she admitted to killing an alleged pedophile who sold her to other men for sex, according to reports.

Chrystul Kizer, who was 17 at the time, allegedly shot 34-year-old Randall Volar twice in the head, set his home on fire and then stole his luxury vehicle after he tried to rape her, authorities said.

Kizer, now 19, told The Washington Post she killed Volar after he said she “owed him” when she refused to have sex with him. 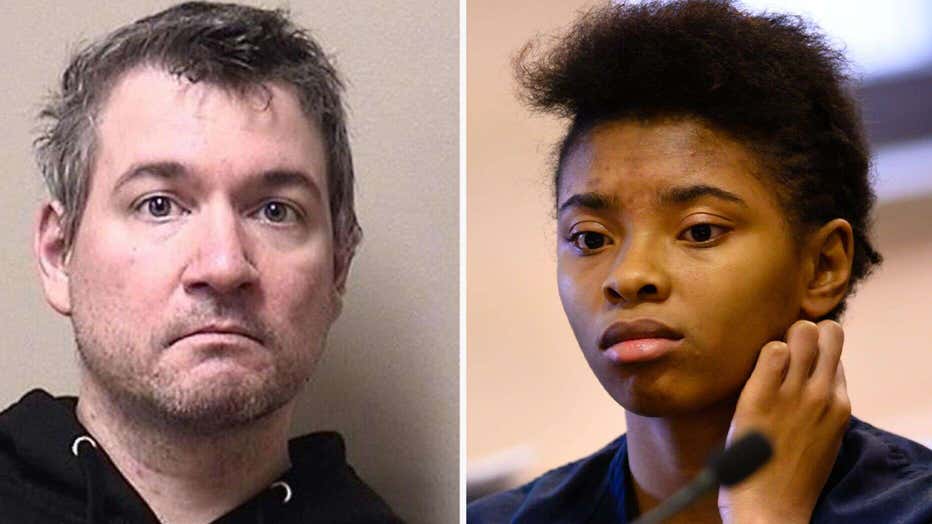 Chrystul Kizer, right, allegedly shot Randall Volar, left, twice in the head, set his home on fire and then stole his luxury vehicle after he tried to rape her, authorities said. (Kenosha County Sheriff's Office / Getty)

She said she became a sex worker to pay for snacks and school notebooks, and she met Volar through an advertisement on Backpage.com.

She said he made her have sex with other men in local hotels, sometimes more than once a day, and she followed his orders “because he was a grown-up, and I wasn’t. So I listened.”

Her attorneys said she should be protected under sex trafficking victim laws, ABC News reported, because he allegedly sold her to other men for sex.

Volar had been investigated on child sex trafficking allegations.

Investigators found “hundreds” of child pornography videos of girls who appear to be as young as 12. The pornography stash included more than 20 “home videos” of Volar with underage girls, including Kizer.

His bank had suspected human trafficking because he had made almost $1.5 million in transfers between November 2017 and May 2018. Investigators also found he had $800,000 in assets.

The trial is set for February.