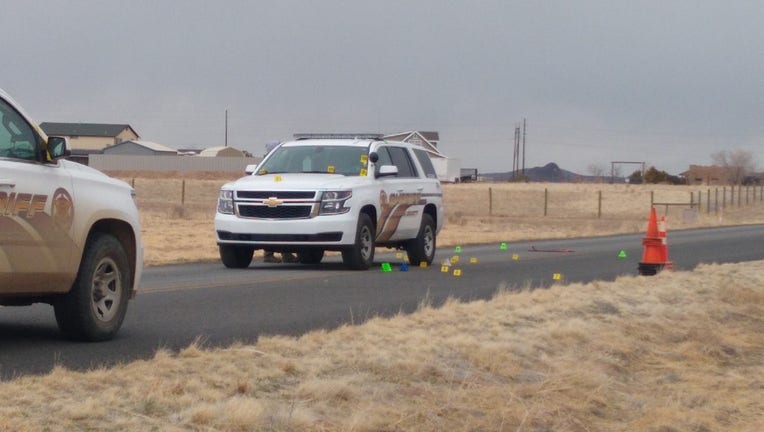 PRESCOTT VALLEY, Ariz. - A fugitive wanted in an Arizona shooting incident and a parole violation in Oregon has been killed, authorities said Tuesday.

Kayer, of Carefree, was wanted by Sedona police for allegedly firing more than a dozen shots outside a restaurant on Feb. 27 after an argument. 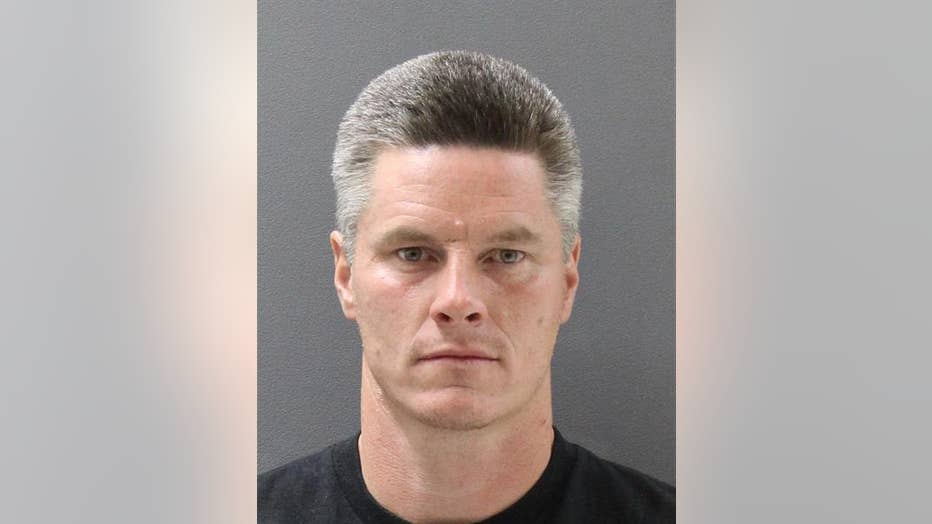 Nobody was injured, but Kayer had fled the scene by the time authorities arrived.

Sedona police received a tip Monday afternoon that Kayer was in Prescott Valley and he was spotted on a motorcycle at around 2:15 p.m.

Prescott Valley police said Kayer refused to pull over and dumped his motorcycle so he could flee. PVPD officers, YCSO deputies, and an Arizona Department of Public Safety's Ranger helicopter crew searched the nearby Legend Hills Community and surrounding area to find Kayer.

"A Code Red emergency notification message was sent out to neighbors in the area letting them know an armed and dangerous suspect was in the area, along with a description of the suspect. YCSO received several calls from concerned citizens with tips on Kayer’s location," stated YCSO's Dwight D'Evelyn.

"We can’t thank the public enough for their help during the search for Kayer. Not only did we get numerous reports on his general location, but we also received information that Kayer made statements that he was armed and would fire at law enforcement if they approached because he didn’t want to go back to prison," said Sheriff David Rhodes, Yavapai County Sheriff’s Office.

"This was crucial information that our deputies needed, and the outcome may have been different had we not known this."

Around 10 p.m., YCSO says after receiving a final tip from the public, Kayer was found hiding in a field in the area off Antelope Meadows Road near Dogtown Road in the Antelope Meadows Community.

After the deputies took cover, the DPS helicopter shined a spotlight on Kayer, and the deputies returned fire. 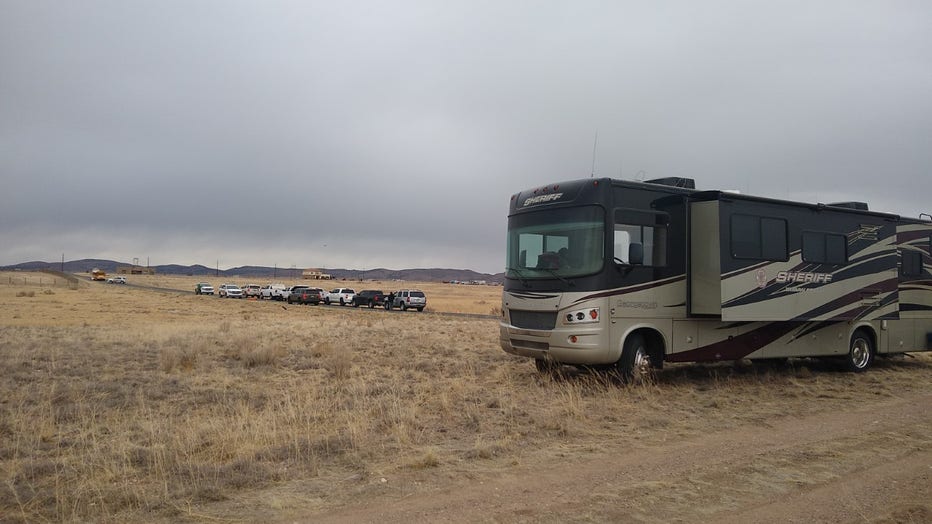 "The area that the shooting took place was in an open field. It was extremely dark and our deputies were exposed, having to take cover immediately while trying to determine where the shots came from," said Sheriff David Rhodes. "Without the aerial support from the DPS Ranger that located the suspect and put a spotlight on Kayer, our deputies could have been seriously hurt or even killed. We are grateful for their help and so thankful our deputies weren’t injured by the suspect."

Authorities said Kayer was pronounced dead at the scene.

Kayer was convicted of manslaughter in Oregon and served a 15-year prison sentence.

He was prohibited from possessing a gun and was wanted for a parole violation in connection to the manslaughter case, authorities said.

Larry Harris, 66, of Willcox, allegedly claimed to be a detective and ordered the unarmed Guardsmen out of their vehicles at gunpoint, according to reports.

Investigation underway after man was shot at Glendale business

Glendale police are investigating after a man was shot at a business in the area of Glendale and 65th avenues on March 23.

Police officials say a man is dead and his wife is arrested, following a shooting at a home in North Phoenix.