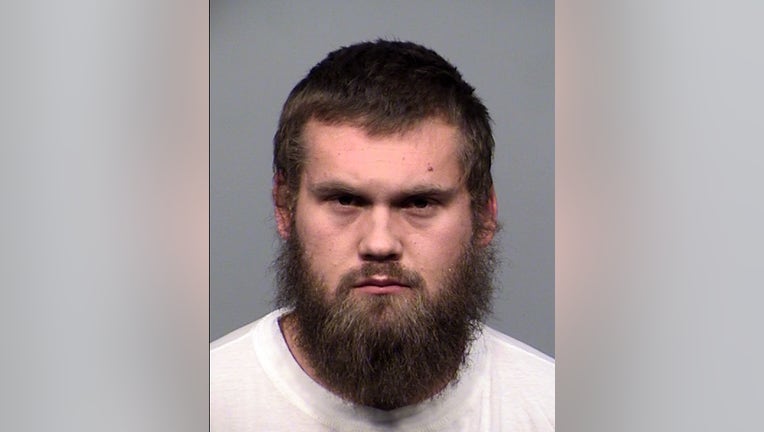 COTTONWOOD, Ariz. - Officials with the Yavapai County Sheriff's Office say a 29-year-old man is accused of exposing himself to children in Cottonwood.

According to a statement released Tuesday, Cody John Shanks was arrested at his workplace in Cottonwood, and has since been released on a $25,000 bond.

An investigation into the alleged incidents began on the afternoon of January 10, when a mom called YCSO to report that a man exposed himself to her 10-year-old daughter as she was getting off a school bus. The man reportedly exposed himself from a nearby front yard.

As detectives responded to the report, YCSO officials say they received a report from another mother who said her 11-year-old was on the bus and saw the same man committing the alleged act. In an interview with the 11-year-old, she said she saw the same man exposing himself about two weeks beforehand, as she was getting off the bus. The girl did not tell anyone at the time.

In addition, YCSO officials say they received a report from the Cottonwood-Oak Creek School District on December 20, 2019 on similar activity. The report was under investigation.

Following his arrest, investigators say Shanks admitted to his actions, but didn't give a reason behind it. Shanks is accused of indecent exposure to a child under 15 years of age.