Six people under the age of 18 were arrested for a deadly weekend assault of a South Los Angeles counselor, police said.

LOS ANGELES - A youth counselor was beaten to death by a group of teens after he tried to break up a fight at a youth center near South Los Angeles over the weekend, police said.

The Los Angeles County Sheriff's Department responded to a call of a fight breaking out from the Wayfinder Family Services, a private nonprofit youth center, before 10 p.m. on Saturday.

LASD said David McKnight-Hillman, 25, who is a counselor at the youth center, was taken to the hospital, where he was pronounced dead. 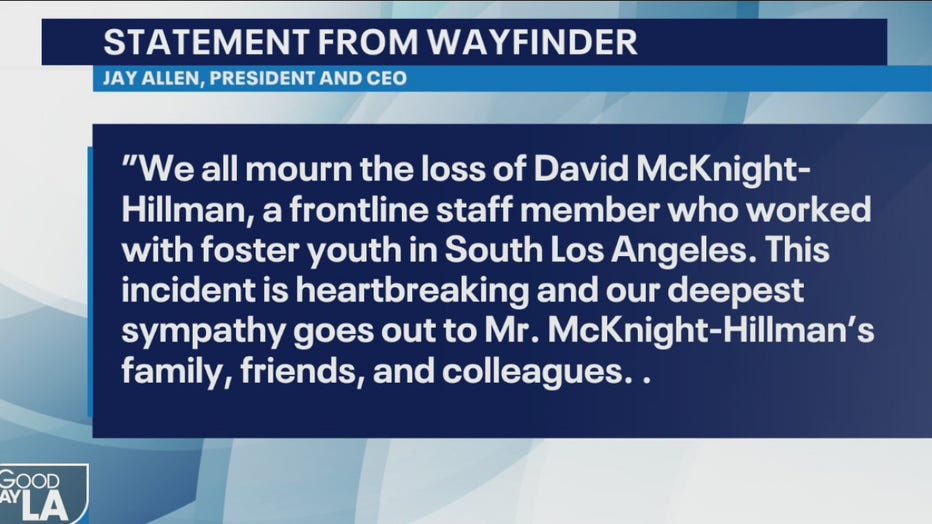 During the investigation, seven teens were identified as the suspects in the deadly attack. Six of the suspects are in custody with the seventh suspect is on the run.

Two of the suspects, both 18-years-old, are being charged with murder, LASD said.

Silvio Orlando, the CEO of Optimistic Youth Homes and Family Services discussed on Good Day LA Thursday with FOX 11’s Michaela Pereira how a California law that went into effect in 2015 has impacted youth group homes.

As of Monday night, LASD does not know the motive for the deadly attack.