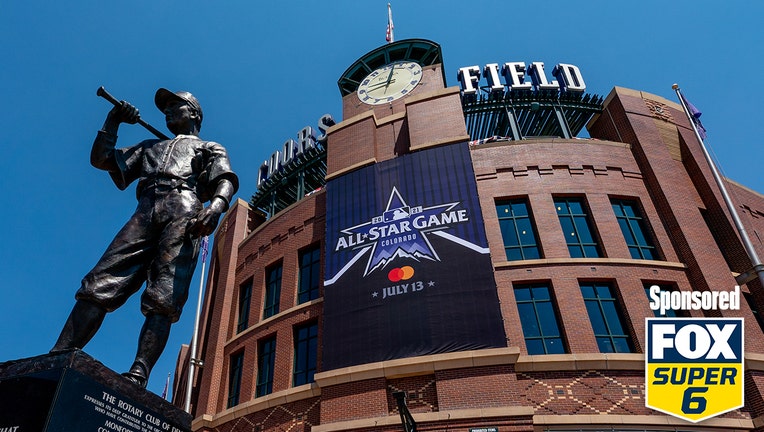 There's nothing like the MLB All-Star Game. And this year, you could win $10,000 of Big Papi's money absolutely for free. (Photo by Kyle Cooper/Colorado Rockies/Getty Images)

The lineage of the Midsummer Classic is attached to some of the game's immortal names through the ages. Ruth and Gehrig. Mays and Mantle. Teddy Ballgame and Charlie Hustle. Bo and Ichiro. All of them are linked to the history of the game. And all of them had their moments on that one night in July which is defined by an American institution.

This year, the MLB All-Star Game could very well end up being defined by one player taking a spot in two positions. Shohei Ohtani of the Los Angeles Angels is the talk of the sport with MVP type numbers at the plate and some wicked stuff on the mound.

It isn’t often when a modern player has a direct comparison to the Bambino, but what the Japanese sensation has done is something that hasn’t been seen since the Babe’s early days and has never been accomplished in the history of the All-Star Game.

Still, the National League brings an incredible array of starting pitchers – German Marquez of the Colorado Rockies, Zack Wheeler of the Philadelphia Phillies, the Washington Nationals' Max Scherzer and the Los Angeles Dodgers’ Walker Buehler – that could dull the big bats of the American League lineup.

The midsummer celebration of the game is back on Tuesday night (8 p.m. on FOX) with all the pageantry and spectacle that make it a yearly staple. And amid all the action, you could win big as well with FOX Super 6. Just correctly answer six questions about this year’s All-Star Game for your chance at the grand prize of $10,000 of David Ortiz's money.

It’s easy, and it’s absolutely free! Just download the FOX Super 6 app on your phone or mobile device and make your picks to get in on the fun. And on that note, here are the six questions and some helpful hints for Tuesday night’s game.

Which team will win and by how many runs?

The American League has owned this event in recent years, going 18-3-1 in the past 22 games that have been played. (The tie was the infamous 2002 draw in Milwaukee.)

One thing to keep in mind, however, is that the past nine American League wins have been by three runs or less. In other words, the game is always close.

How many total strikeouts will be thrown in the game?

One of the biggest things that has happened in baseball over recent years is the idea of big swing, big strikeout totals being so prevalent in the game. When you throw in hitters aiming for Coors Field's appealing fences in an All-Star setting, combined with pitchers who are at the top of the game, the strikeout numbers could go astronomically high – like, well over 23+ combined.

How many total home runs will be hit?

Two years ago in Cleveland, there were a pair of homers hit – one by Charlie Blackmon of the Rockies, the other by Joey Gallo of the Rangers. However, the year before in Washington’s Nationals Park saw 10 homers take place in what is normally not an easy home run park.

Coors can be a show in itself, but it could be one where the ball doesn’t fly as much as everyone thinks.

What position will have the most hits?

The crop of shortstops for both leagues is really impressive. Fernando Tatis leads an NL crew that also has Trea Turner and Brandon Crawford among its ranks. The American League boasts Xander Bogaerts with Joey Wendle, Bo Bichette and Tim Anderson.

There’s a lot of hits in those bats. Just saying.

How many total runs will be scored in the game?

There’s one factor at Coors that might make the offenses glow even brighter than you think – and it isn’t the thin Colorado air. The gaps in and size of the outfield are so enormous that it makes for a lot of open real estate to cover. That could allow more balls to drop in, thereby creating more offensive chances.

How many extra base hits will there be?

As stated above, it wouldn’t be surprising if there wasn’t a lot of homers in the game, given the quality of the pitchers up and down each staff. However, there could be a ton of extra base hits in the wide gaps. Like the total run mark, we would lean toward the upper end of the spectrum on this.

Play FOX Super 6 all MLB season long for your chance to win thousands of dollars absolutely for free! Just download the app and make your picks.