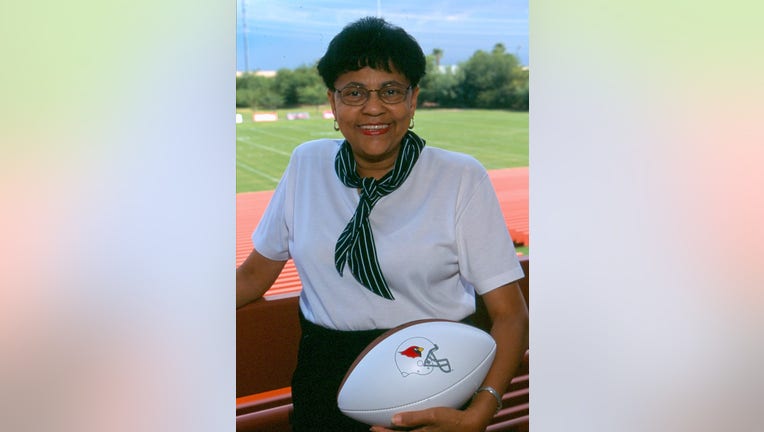 TEMPE, Ariz. - The Arizona Cardinals have created the Adele Harris Scholarship to honor the 50th anniversary of Harris becoming the first Black female to work in the front office of an NFL franchise.

The $10,000 scholarship will be given each year to a graduating high school student in Arizona who is pursuing a career in sports.

"This scholarship serves two main purposes," Cardinals owner Michael Bidwill said in a statement. "It recognizes the valuable role that Adele played within our organization for more than a quarter of a century and also connects her to future generations who aspire to follow in her footsteps. We are grateful for the opportunity to do both of those things."

Harris spent 26 years with the Cardinals before retiring in 2001. The Chicago native was raised in St. Louis and joined the franchise in 1971 as an assistant in the public relations department. She eventually became director of community relations and helped in the team’s transition from St. Louis to Arizona in 1988.

She also had a big role in creating Cardinals Charities in 1990, which supports programs that help children, women and minorities in Arizona. Harris died in 2007 at age 65.

Individuals interested in applying for this scholarship can do so at www.azcardinals.com/scholarship.