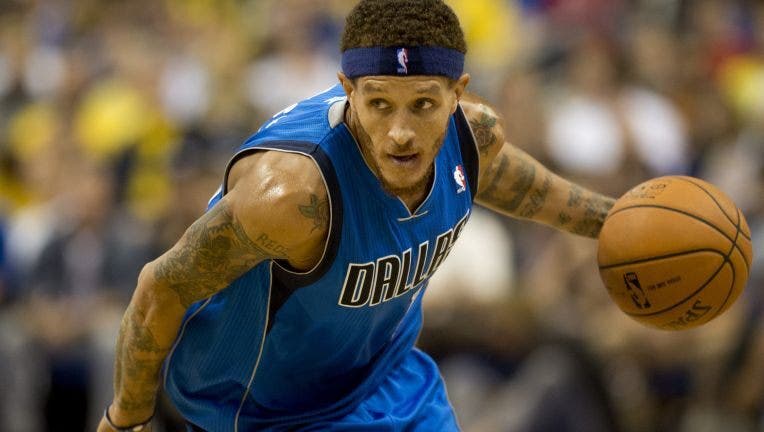 Former NBA guard and St. Joseph's University standout Delonte West has landed a job at the rehab facility he attended after he was helped by Mark Cuban last year, according to a report.

The Athletic's Shams Charania reports West now has a job at the Rebound therapy center located in Florida.

West received treatment at the facility last year after TMZ reported that Dallas Mavericks owner Mark Cuban picked a then homeless West up at a Dallas gas station.

West, who played for the Mavericks from 2011-2012, was then reportedly reunited with his mother at a hotel and his family was able to put together a plan to get him further help.

Cuban has been sharing updates on West's recovery over the last several months. Back in October, he shared a photo of West on horseback and explained that he had a "long way to go" but thanked everyone for their love and support.

West played in the NBA from 2004-2012 after helping lead the St. Joe's Hawks to an undefeated regular season during the 2003-2004 season that was capped off by an Elite 8 appearance in the NCAA Tournament.