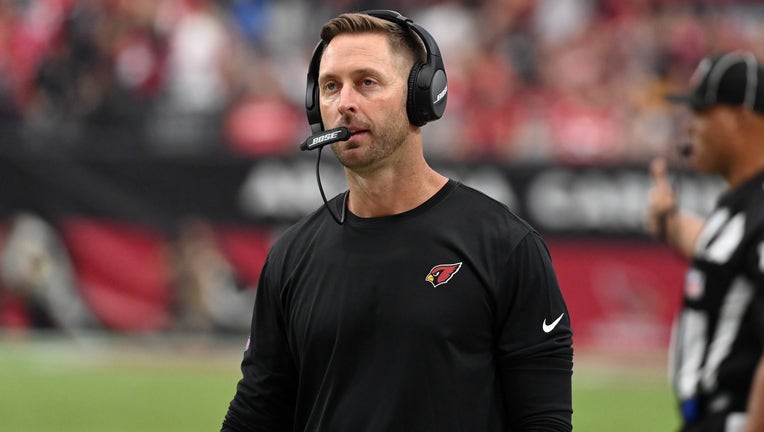 GLENDALE, ARIZONA - OCTOBER 10: Head coach Kliff Kingsbury of the Arizona Cardinals walks along the sidelines during a game against the San Francisco 49ers at State Farm Stadium on October 10, 2021 in Glendale, Arizona. (Photo by Norm Hall/Getty Imag

PHOENIX (AP) - Arizona coach Kliff Kingsbury has cleared COVID-19 protocols and will be on the sideline when the undefeated Cardinals play Houston.

Kyler Murray is trying to lead the Cardinals to their first 7-0 start since 1974, 14 years before the franchise moved to Phoenix from St. Louis. Arizona defensive end J.J. Watt is facing the Texans for the first time after spending his first 10 seasons playing with them.

Virus keeps Kingsbury from practice as Cardinals prep for Texans

The undefeated Cardinals are still sifting through COVID-19 issues as they prepare to face the Houston Texans on Sunday. Arizona’s trying to push to 7-0 for the first time since 1974.

The entire Arizona Cardinals team will have plenty of motivation, trying to improve to 7-0 for the first time since 1974 by beating the Texans.

Zach Ertz made it to Arizona in time to fly with the team to Cleveland for last weekend’s 37-14 victory over the Browns. His assigned seat for part of the trip was right next to Kyler Murray.