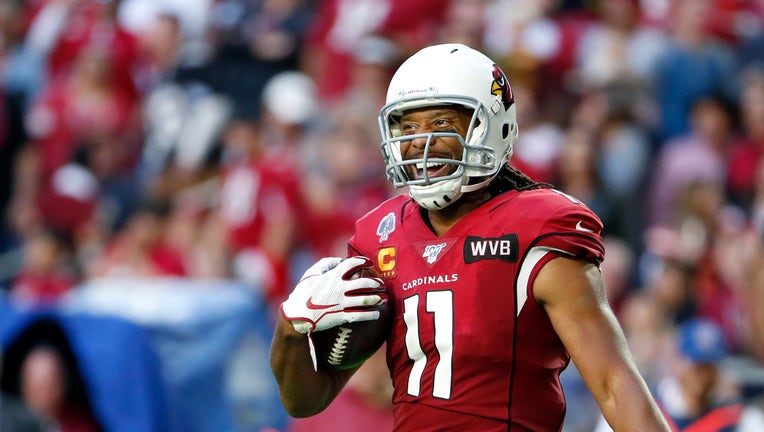 GLENDALE, ARIZONA - DECEMBER 15: Wide receiver Larry Fitzgerald #11 of the Arizona Cardinals during the first half of the NFL football game against the Cleveland Browns at State Farm Stadium on December 15, 2019 in Glendale, Arizona. (Photo by Ralph

Larry Fitzgerald is among 10 wide receivers who will be selected to the NFL's All-Time Team on Friday night.

Fitzgerald, now in his 16th season with the Arizona Cardinals, is joined by the NFL's career receiving leader and Pro Football Hall of Famer, Jerry Rice, who holds nearly every major receiving record. A select panel of NFL observers is choosing the team in celebration of the league's 100th season.