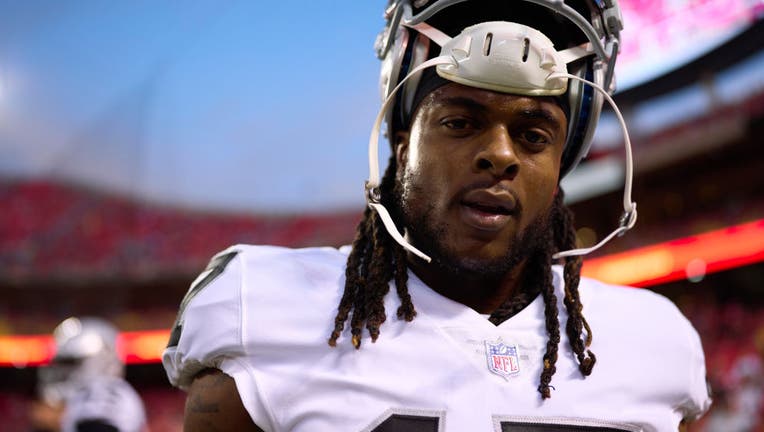 Las Vegas Raiders wide receiver Davante Adams is facing potential discipline from the league after shoving a photographer to the ground during Monday night’s loss to the Kansas City Chiefs but on Tuesday, reports revealed that the man on the receiving end of Adams’ frustrations filed a police report alleging that he was injured as a result.

While walking to the tunnel after running into his own teammate on the Raiders final play of the game, Adams shoved the man to the ground before making his way to the locker room.

A spokesperson for the Kansas City Police Department told The Kansas City Star on Tuesday that the man, a photographer at the game, filed a police report later that night claiming "he was pushed to the ground causing injury."

"[The victim] made arrangements for private transport to the hospital for treatment at which time he called police," the incident report read, via the NFL Network. "The injuries are preliminarily thought to be non-life threatening."

Police said they will investigate the alleged assault and "will coordinate with the applicable city or state prosecutor to determine any applicable charges.

During his press conference after the game, Adams wasted no time in apologizing to the man he shoved.

"Before I say anything, I want to apologize to the guy running off the field and he ran and jumped in front of me," Adams said. "I'm coming off the field and I bumped into him and pushed him. I think he ended up on the ground, so I want to say sorry to him because that was just frustration mixed with him running in front of me and I shouldn't have responded that way and that's how I initially responded. I want to apologize to him for that."

He also took to Twitter later that night to apologize for a second time.

"Sorry to the guy I pushed over after the game. Obviously very frustrated at the way the game ended and when he ran infront of me as I exited that was my reaction and I felt horrible immediately. Thats not me..MY APOLOGIES man hope you see this," he wrote.

Sources told The Associated Press that the NFL is reviewing the incident with possibility of punishment, including a fine or suspension.