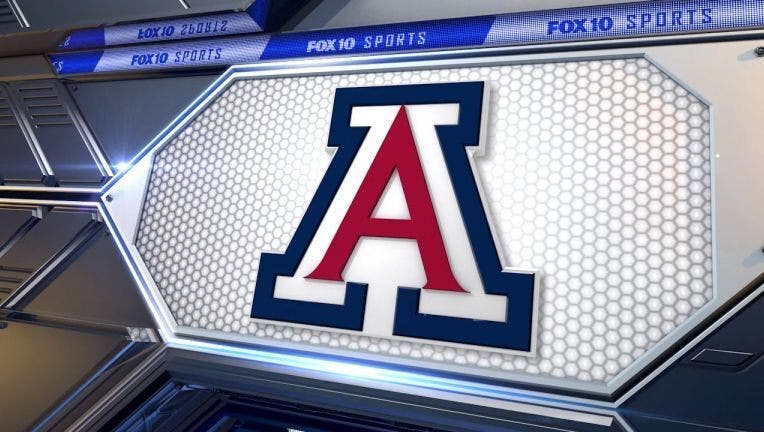 TUCSON, Ariz. - Cameron Rising’s long hair was still dripping wet at the postgame press conference, 30 minutes after the final whistle, giving an indication of a bruising, physical afternoon in the desert.

His Utah Utes had earned a victory. It was far more difficult than expected.

Rising's perfectly placed 17-yard touchdown pass to Dalton Kincaid in the back corner of the end zone late in the third quarter gave the Utes a 31-20 lead and some semblance of control in the back-and-forth game.

Arizona (1-9, 1-6) responded with a field goal to cut the advantage to 31-23 and then the Wildcats scored again when Nazar Bombata blocked a Utah punt and Rhedi Short recovered before scoring a 3-yard touchdown to pull within 31-29 with about 10:30 left. The Wildcats' two-point conversion to tie was unsuccessful.

Utah finally closed the game with a methodical 15-play, 75-yard drive that lasted more than eight minutes. It was capped by Pledger's 2-yard touchdown run with 2:10 left.

"We knew it was going to be a physical, 60-minute fight," Pledger said. "That's exactly what we got."

Utah's offense was the difference-maker once again. The Utes have scored at least 34 points in five straight games. They took a 21-17 halftime lead after Rising hit Brant Kuithe for a 2-yard touchdown with two seconds remaining.

Arizona had pushed ahead 17-14 a few minutes earlier after Lucas Havrisik crushed a 57-yard field goal that cleared the crossbar with plenty of room to spare.

Arizona's multiyear struggles have been well-documented, but for a fourth straight week the Wildcats proved to be a competitive opponent. They played Washington and USC tight back in October before snapping their 20-game losing streak with a 10-3 win over California last week.

That momentum carried over for most of the afternoon, but it couldn't lead them to a second straight win.

"That was the most upset I’ve seen our locker room in a while," Arizona coach Jedd Fisch said. "And I think it’s because they feel like we’re there. ... You go into the game with an expectation of winning."

Arizona's Will Plummer finished with 219 yards passing and one touchdown.

Utah scored a touchdown on the game's opening drive thanks to two big third-down conversions. Rising capped the drive with an 11-yard touchdown run, slicing into the corner of the end zone just inside the right pylon.

Arizona responded with a 43-yard touchdown from Plummer — the team's only healthy scholarship quarterback — who avoided Utah's pressure and scrambled straight up the middle to tie the game at 7-all.

Utah coach Kyle Whittingham earned his 141st win, which ties the program record that originally set by Ike Armstrong, who coached the program from 1925 to 1949. Whittingham is in his 17th season with the Utes.

"That’s what you call winning ugly," Whittingham said. "You've got to do that once in a while. If you're a good team, you'll do that."

Utah was playing without its leading rusher Tavion Thomas, who's been battling injuries and was held out as a precaution. Thomas ran for 177 yards and four touchdowns during last week's win against Stanford.

Utah: It was tougher than expected but the Utes won't complain about the road win. Rising made big throws when needed and Utah moved the ball well even without Thomas in the backfield.

Arizona: The Wildcats continue to trend in the right direction under Fisch, who is in his first season with the program. Once Arizona gets a little more talent on the roster, it should be a factor in the Pac-12.

Utah was No. 24 in the College Football Playoff rankings but just outside the AP's Top 25. Depending on what happens with other teams, the Utes could push a few spots higher in the CFP rankings and make it back into the AP rankings.

Utah: The Utes host Oregon next Saturday in a potential preview of the Pac-12 championship game.

Arizona: The Wildcats travel to face Washington State next Saturday.

Get breaking news alerts in the FOX 10 News app. It is FREE! Download for Apple iOS or Android.ttps://apnews.com/cfbtop25