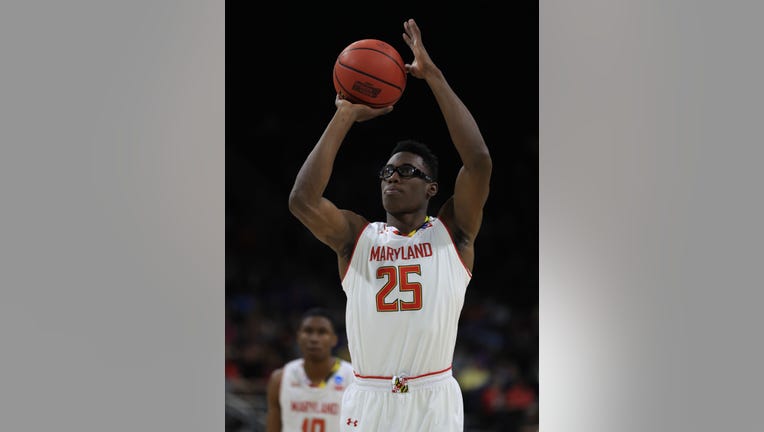 Jalen Smith #25 of the Maryland Terrapins takes a freethrow against the Belmont Bruins during the first round of the 2019 NCAA Men's Basketball Tournament at VyStar Jacksonville Veterans Memorial Arena on March 21, 2019 in Jacksonville, Florida. (Photo by Mike Ehrmann/Getty Images)

PHOENIX - The Phoenix Suns selected forward Jalen Smith with the No. 10 overall pick in the NBA draft, opting for a young frontcourt player to build around their newly formed All-Star backcourt duo of Chris Paul and Devin Booker.

Smith has an intriguing mix of defense, rebounding and shooting. He was the only Division I player to have 60 blocks and 30 3-pointers last season and was a third-team AP All-American.