FOX has a special Easter treat for NASCAR fans this weekend. The Bristol dirt race returns for a special Sunday evening event.

With the Cup Series back at Bristol Motor Speedway for a second run on the dirt, planners hope it will be better – and safer – than last year, when the daytime race kicked up so much dust that it was hard for drivers to see.

"We have to race at night," Joey Logano, who won the Bristol dirt race last year, told FOX Sports. "That was important. Because you just couldn't even see the cars, and it was unsafe inside the car."

That track will be shaped slightly differently, with a lower bank near the apron growing progressively steeper closer to the wall.

"The intention is that drivers won’t view the bottom groove as the groove they must race in, thereby giving an option of lanes and potentially decreasing the amount of rubber ground into the track, which can make a dirt track slick," FOX Sports analyst Bob Pockrass explained. 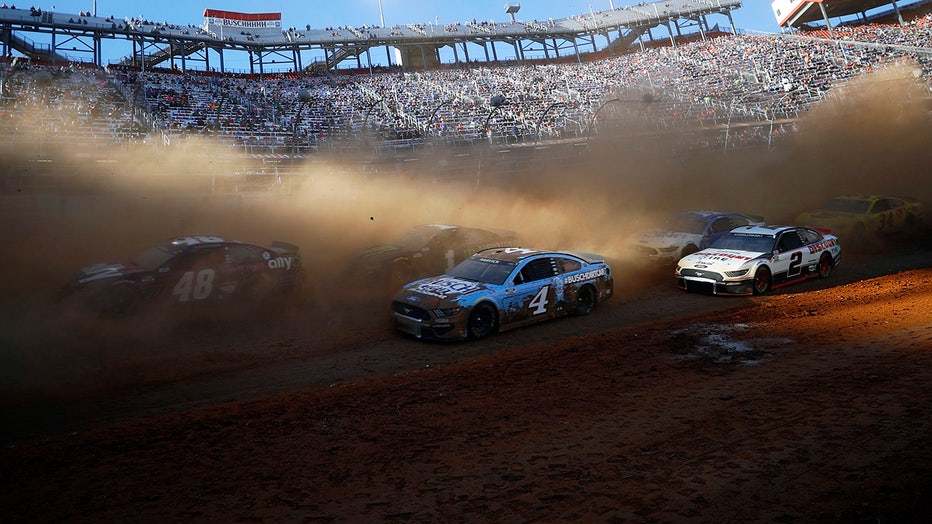 "We have a new car, new progressive banking. I think the show is going to be way different than last year," Corey LaJoie offered.

"I just can’t wait. Easter Sunday, I think about families being together, having family dinner, enjoying that, and also some racing on TV," Jamie McMurray added.

Coverage of NASCAR Cup Series from Bristol begins this Sunday at 6 p.m. ET on FOX.

Information from FOX Sports was used in this report.