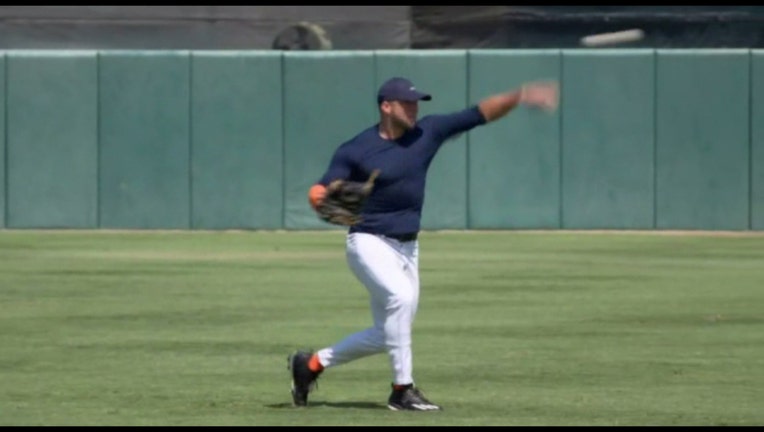 Tebow, who held a workout for scouts and evaluators from numerous major league organizations last month, will likely play in the Instructional League or Arizona Fall League next, ESPN's Adam Schefter tweeted.

Though he hasn't played competitive baseball since high school, Tebow impressed some scouts with his raw power and bat speed during the August workout. He played the outfield during the showcase. FOX Sports' Ken Rosenthal said there were about eight teams in the mix for Tebow.

Tebow has served as an ESPN college football analyst since his NFL career came to an end. The quarterback played three seasons with the Broncos and Jets, leading the Broncos to the playoffs during the 2011 season. He finished his career 8-6 in 35 games, 16 starts, with a 47.9 completion percentage, 17 touchdowns and nine interceptions. He also rushed for 12 touchdowns.