If you're a Cardinals fan, strap on your shoes and prepare to be wowed while touring the home of the Cards, State Farm Stadium in Glendale.

GLENDALE, Ariz. - If you're a Cardinals fan, strap on your shoes and prepare to be wowed while touring the home of the Cards, State Farm Stadium in Glendale.

The stadium was built in 2006 and on the tour, you'll learn all about some of its most unique features and characteristics -- some of which you probably didn't know.

"We have our own trained, personalized tour guides -- some have even been here since the stadium opened," a tour guide said.

That includes the playing field grass, which is housed and grown outside the stadium.

The tray is 40 inches deep, so you've got the sod, underneath there's sand and then you've got 546 wheels and connected to those 546 wheels you have one horsepower motors," a tour guide said.

State Farm Stadium also has a retractable roof, which is controlled by a 480-horsepower motor to move the two panels back and forth.

"Attendees get to visit the locker room, the press box and other behind-the-scenes areas," a tour guide said.

You'll also learn how State Farm Stadium gets transformed into an arena to hold some of the world's biggest musical acts and what it took to get it prepared for the Super Bowl.

From top to bottom, you'll get to experience State Farm Stadium in a whole new way. 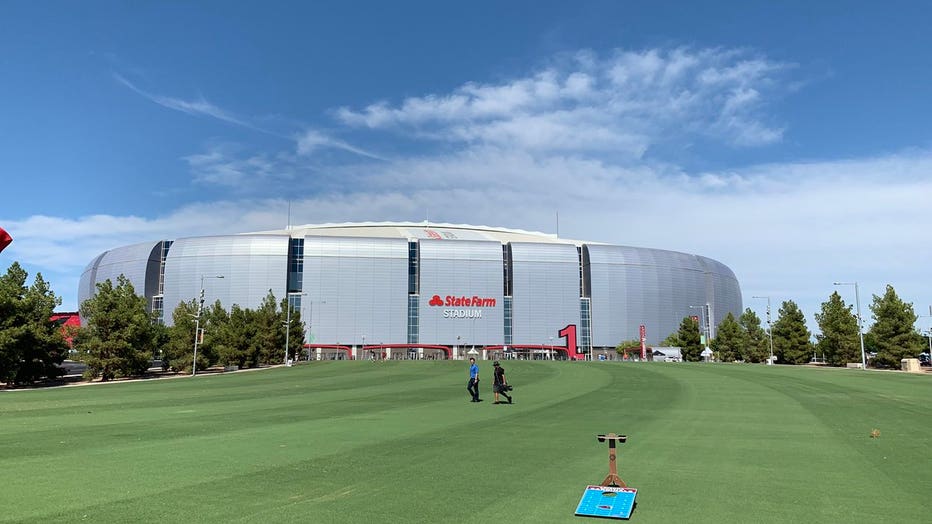