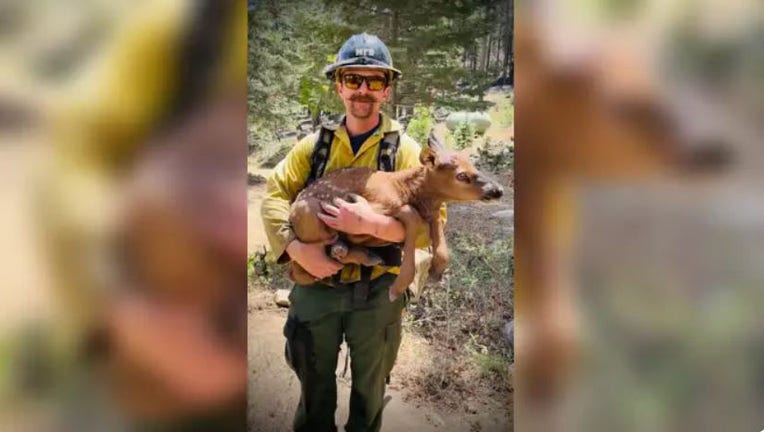 When firefighters checked over a severely burned area within the Calf Canyon and Hermit’s Peak fire for hot spots Saturday, they stumbled on something they weren’t expecting.

There, lying amongst the rubble, was a young elk calf, which they affectionately named "Cinder." 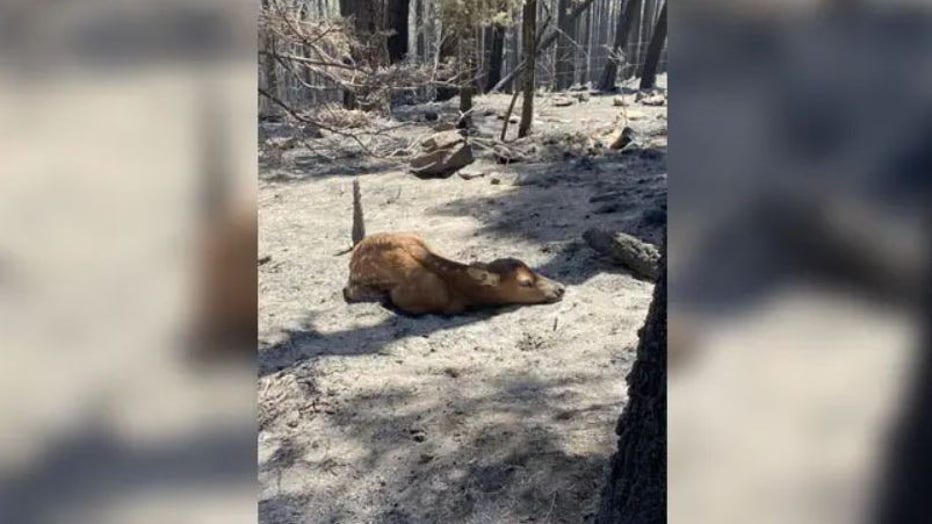 The baby elk was found in rubble. (Photo courtesy of InciWeb)

"She was lying quietly in a six-inch deep layer of white ash, surrounded by the blackened remains of fir trees," says firefighter Nate Sink.

Sink and the rest of his Missoula fire crew watched and waited for the mother to return. They found no elk tracks and no signs that the elk’s mother was returning as they looked over the area. 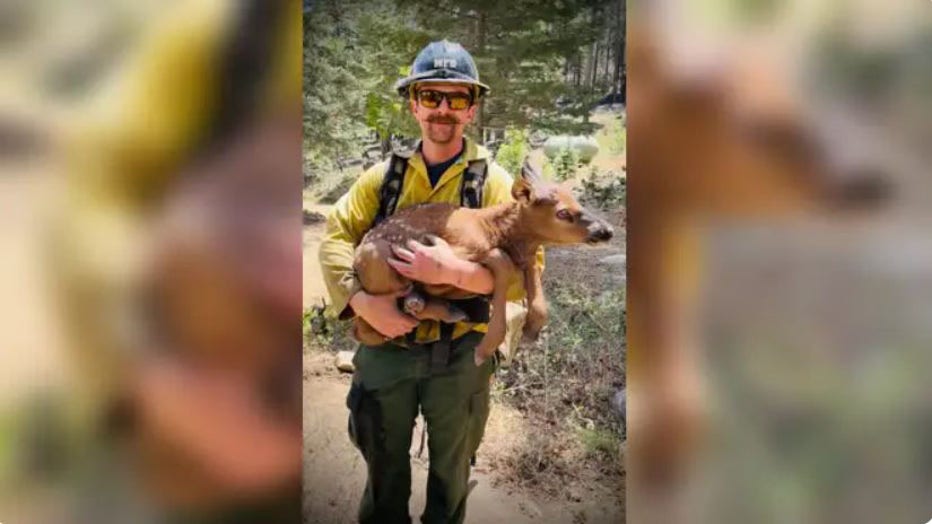 That’s when crews sought out local ranchers and called a veterinarian.

With their recommendations, they bottle-fed the baby elk with a mix of condensed milk and water until they could obtain specially formulated milk. 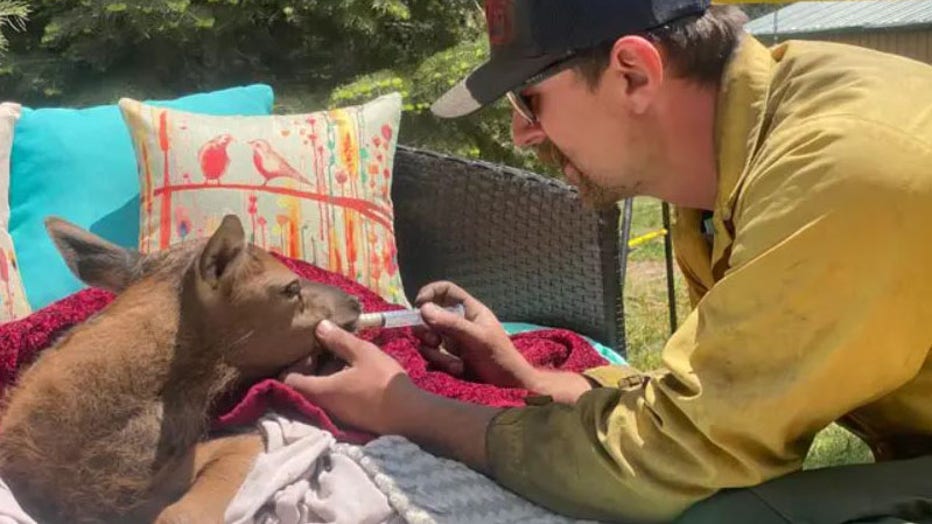 Crews bottle feed the elk to help rehydrate it. (Photo courtesy of InciWeb)

"Our dog, Brylee, was intent on doing his best to mother Cinder," reminisces Lisa Bartley, one of the local ranchers helping the calf. 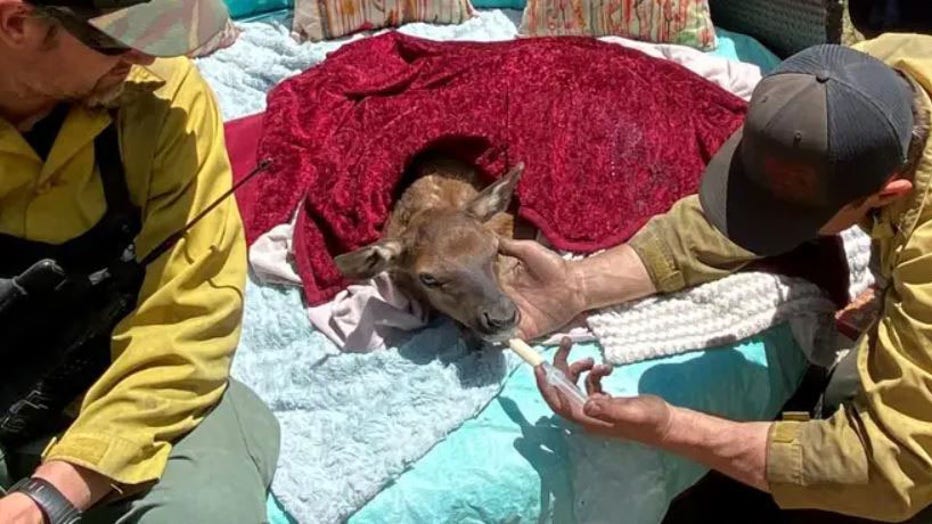 Crews bottle feed the elk to help rehydrate it. (Photo courtesy of InciWeb)

Once rehydrated, the baby elk was loaded into their truck and taken to a veterinarian in Las Vegas, New Mexico.

The elk has since been relocated to the Wildlife Center refuge, where doctors say she has gotten the hang of bottle-feeding. An elk at the sanctuary even took the role of its surrogate mother, cleaning and bestowing affection to the little orphan.

Crews plan to release Cinder back into the area she was found once healthy. 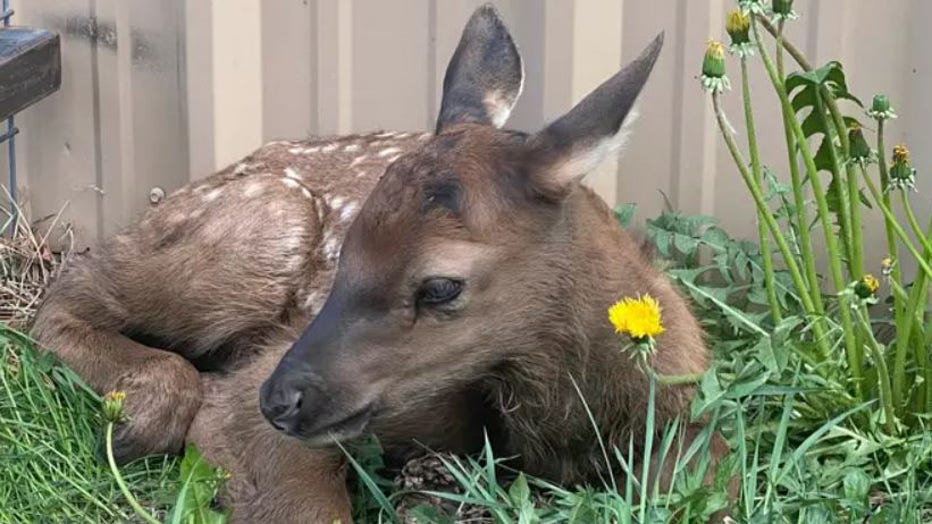 The baby elk is doing well at the refuge. (Photo courtesy of U.S. Forest Service)

The Hermits Peak and Calf Canyon Fire continues to devour the New Mexico landscape despite suppression coming from both the ground and the air.

Thursday marks one month since the fire began, with the Hermits Peak fire starting as a prescribed burn that got out of control. The cause of the Calf Canyon Fire is still under investigation. 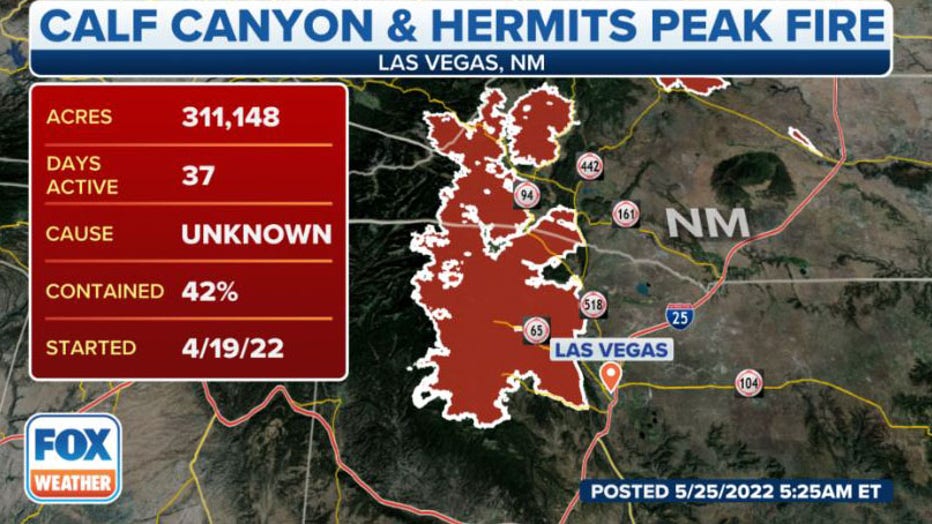 Both fires merged at the end of April, becoming one large fire.