Mortgage buyer Freddie Mac reported Thursday that the average rate on the key 30-year loan declined to 3.13% from 3.21% last week. It was the lowest level since Freddie began tracking average rates in 1971. A year ago, the rate stood at 3.84%. 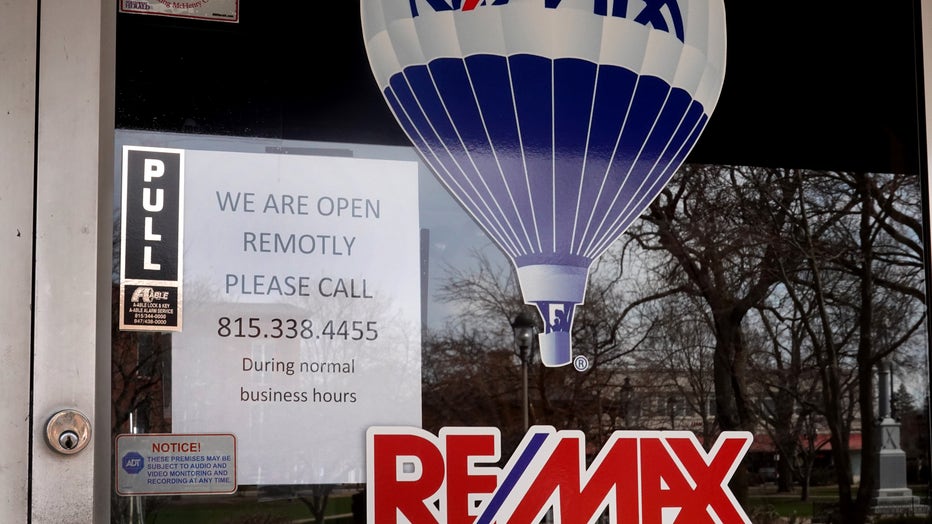 FILE - A sign on the front door of a RE/MAX real estate office explains that the local branch is still doing business but the office is closed on April 06, 2020 in Woodstock, Illinois.

In recent weeks, signs have pointed to the economy appearing to be slowly recovering from the devastation of the coronavirus pandemic, with more businesses partially reopening. The housing market has shown strength and robust homebuying demand, but it may be difficult to sustain because of the tight supply of homes available for sale, said Freddie Mac chief economist Sam Khater.

The outlook for the economy and housing will be affected by prospects for a vaccine for the virus and government relief measures and policies, Khater noted.

The government reported Thursday that about 1.5 million laid-off workers applied for U.S. unemployment benefits last week, a historically high number, even as the economy increasingly reopens and employers bring some people back to work. The latest figure marked the 11th straight weekly decline in applications since they peaked at nearly 7 million in March.