PHOENIX - A man and woman have died in a Phoenix crash after a tow truck and car collided on Friday, April 16.

The crash happened just after 6 p.m. near 83rd Avenue and McDowell Road. Phoenix Police say the driver of the car "was eastbound...when it crossed the median into westbound traffic and collided with a semi-truck."

"Firefighters arrived on the scene to find the passenger vehicle on fire and extended handlines to extinguish the flames. Unfortunately the patients in the passenger car, 2 adults, did not survive their injuries and were pronounced deceased at the scene," said Captain Scott Douglas with the Phoenix Fire Department.

The victims were identified as 25-year-old Guadalupe Orosco and 35-year-old Amanda Ramirez.

The black sedan involved in the collision appeared to be speeding before losing control and crashing, according to police. 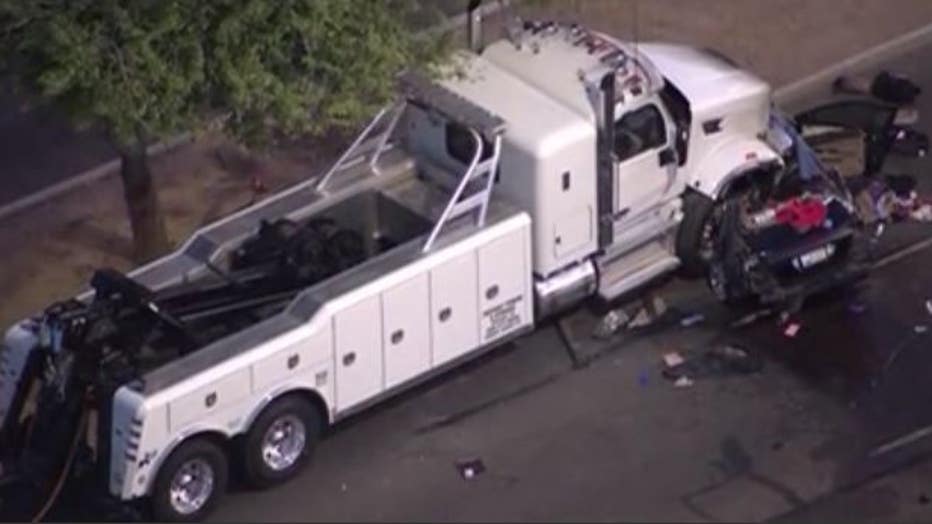