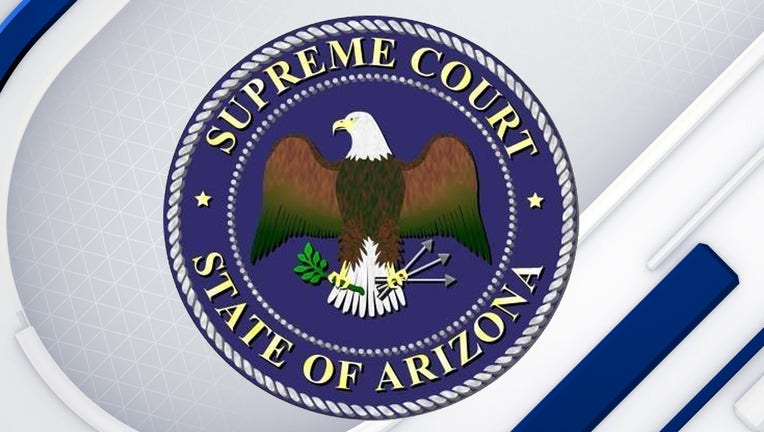 PHOENIX - Current and former chief justices of the Arizona Supreme Court say the addition of two more justices didn't make it more efficient, which was one of the expectations stated by Gov. Doug Ducey in 2016 when he signed the expansion legislation.

In fact, the increase to seven justices from five made the high court less efficient because it now means more justices and their law clerks review draft opinions before they're issued, Chief Justice Robert Brutinel said.

“I’m not saying it’s a bad thing, but it’s not a more efficient thing,” Brutinel, a Republican appointed to the court in 2010 by then-Gov. Jan Brewer, told the

Similarly, former Chief Justice Scott Bales, who was the the last Democrat on the court when he retired in 2019, said he still does not believe the expansion made the court more efficient, as Ducey asserted it would.

“Additional justices are not required by the court’s caseload,” Bales wrote in a 2016 letter urging Ducey to veto the bill that the Republican governor instead signed. He said it would “ensure that the court can increase efficiency, hear more cases and issue more opinions.”

“No question that five justices would be able to handle the workload,” Brutinel said.

The expansion was politically charged and passed on partisan lines as Democrats accused Republican lawmakers and Ducey of trying to “pack" the court.

That's a term that came up nationally this year in connection with the U.S. Supreme Court in possible fallout from the U.S. Senate's election-year confirmation of now-Justice Amy Coney Barrett, a conservative, following the death of liberal Justice Ruth Bader Ginsburg.

Regarding Ducey's expectation that the expanded court would produce more opinions, it's been a mixed bag. The court issued more opinions in 2017 and 2018 but fewer in 2019, a year when the justices produced the lowest number of opinions in a decade.

Ducey spokesman Patrick Ptak said the 2019 numbers were low because of the “high turnover” on the bench. Two current justices were appointed that year.

Brutinel said that’s possible, but did not think there was one reason why there were fewer cases and opinions in 2019.

Democrats have a shot at taking control of one or both chambers of the Arizona Legislature for the first time in nearly 30 years in Tuesday’s election.

More than a million ballots have been processed in Arizona for the 2020 election. The state has become a battleground with a tight Senate race for Democrats.