On Aug. 26, agents from the Tucson sector pulled over a white Chevy SUV as it was exiting I-8 at mile marker 115.

"During the stop, agents observed several black duffel bags in the vehicle’s rear cargo area and that the female driver was noticeably nervous as she was questioned," officials said in a statement.

A search of the vehicle revealed three bags coated with axle grease and wrapped in black tape and cellophane.

Agents found 340 packages filled with 187 pounds of fentanyl pills. The drugs have an estimated value of $4.3 million.

The driver and her female passenger are expected to face drug charges. 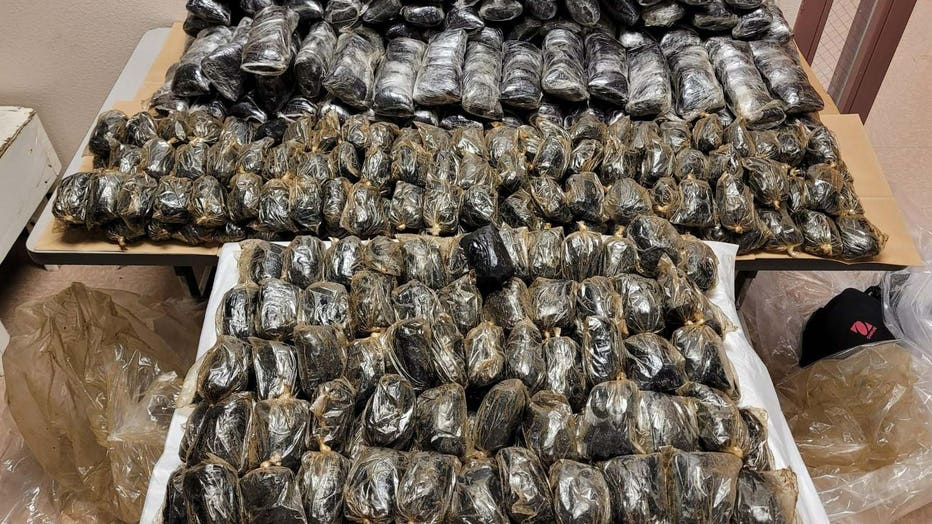 $4.3 million in fentanyl pills were seized during a traffic stop in Gila Bend. (US Border Patrol)

Awareness of fentanyl, the 'deadliest drug,' being raised by the DEA

Fentanyl is the single deadliest drug threat the nation has encountered, says the U.S. Drug Enforcement Administration, and that's why it launched National Fentanyl Day, raising awareness of how deadly the drug is.