The launch of a SpaceX rocket taking a NASA spacecraft to an asteroid was captured by a wildfire camera on November 23, with the bright flash briefly lighting up the nighttime footage.(Credit: ALERTWildfire via Storyful)

An asteroid roughly the size of the Eiffel Tower will fly past Earth on Saturday morning, coming within 2.4 million miles of our planet — which is considered close in cosmic terms.

The 4660 Nereus is 1,083 feet in diameter and is the shape of an egg, according to EarthSky, which offers night sky and science news. Its size is often compared to the Eiffel Tower in Paris, France.

It’ll come closest to Earth at approximately 10:51 a.m. ET but still be about 10 times farther away than the moon, the outlet reports.

The asteroid is classified as a "Potentially Hazardous Object," but that doesn’t mean that it is on course to collide with Earth. NASA defines this classification as a near-Earth object whose orbit brings it within 4.7 million miles of Earth’s orbit and is greater than 500 feet in size.

The 4660 Nereus was discovered in 1982 by Dr. Eleanor Helin, an astronomer who pioneered the search and survey of near-Earth asteroids.

Nereus makes close approaches to Earth several times each century, according to EarthSky. This, coupled with the fact that it’s a relatively "slow" asteroid traveling at roughly 14,719 mph, means that it has been considered an ideal asteroid to visit. Research back in 2009 called it "a prime space mission target."

Asterank, a scientific and economic database of more than 600,000 asteroids, estimates that Nereus’ value is at $4.71 billion in precious metals. 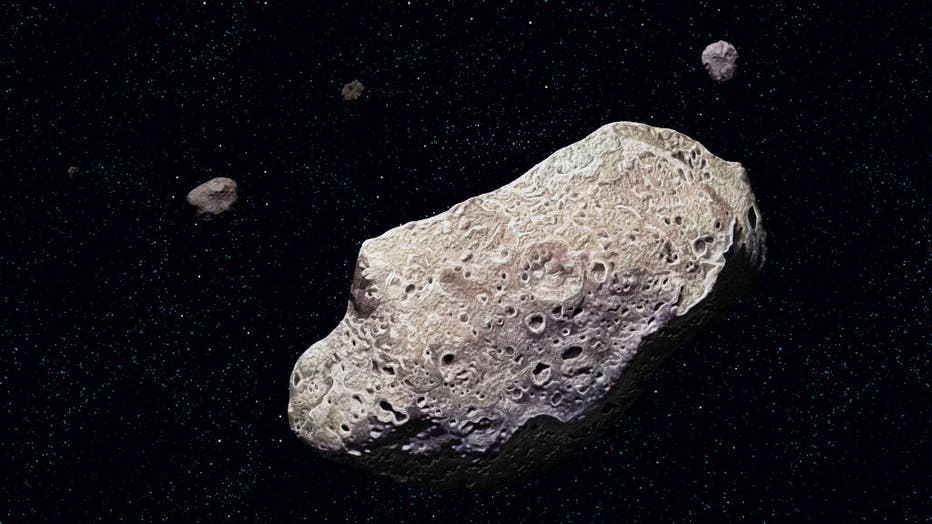 FILE IMAGE - Asteroid 243 Ida, discovered by the Galileo probe in 1993, is pictured in an illustration. (Photo by: QAI Publishing/Universal Images Group via Getty Images)

NASA has invested in technology concepts aimed at mining asteroids and lunar craters. In October of 2020, its spacecraft descended to an asteroid and momentarily touched the surface to collect a handful of cosmic rubble for return to Earth.

It was a first for the U.S. and only Japan has scored asteroid samples, according to the Associated Press.

On Sunday, 2021’s best and brightest comet — known as Comet Leonard — will also make its closest approach to Earth, coming within 21 million miles of our planet, EarthSky reports. It will be visible in the skies of both the Northern and Southern hemispheres this month with a pair of binoculars, according to the outlet.

Comets and asteroids are both leftovers from the formation of our solar system and orbit the Sun similar to how Earth does, but comets are icier and develop tails as they approach the sun, NASA says.