An 11-vehicle crash on the 5 Freeway on Christmas Eve left one person dead and at least eight others injured.

LOS ANGELES - One woman person has died after a pileup on the southbound lanes of the 5 Freeway Friday morning involving at least eleven vehicles, including two big rigs, according to the Los Angeles Fire Department.

Four other people injured in the crash declined transport, said Prange, adding that "one patient who was transported required extrication by firefighters with hydraulic rescue tools."

The pileup happened in Elysian Park, near Dodger Stadium, before the 110.

At least seven other people were being treated after the crash according to officials. Firefighters did have to perform extrication on at least one car. 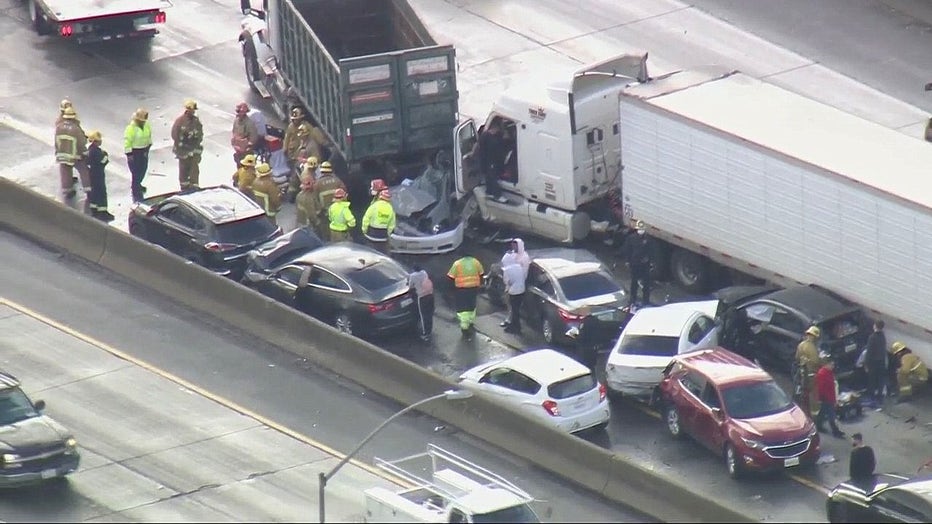 An 11-vehicle crash on the 5 Freeway on Christmas Eve left one person dead and at least eight others injured.

The southbound 5 Freeway was initially closed as authorities investigated the deadly crash, but the roadway has since reopened.

The cause of the crash is currently under investigation.