The COVID-19 pandemic did not deter hundreds of climbers from trying to reach the summit of Mt. Everest, though the mountain was closed to climbers for a certain period of time in 2020.

KATHMANDU, Nepal (AP) - A retired attorney from Chicago who became the oldest American to scale Mount Everest, and a Hong Kong teacher who is now the fastest female climber of the world's highest peak, on Sunday returned safely from the mountain where climbing teams have struggled with bad weather and a coronavirus outbreak.

Arthur Muir, 75, scaled the peak earlier this month, beating the record set by another American, Bill Burke, at age 67.

Tsang Yin-hung, 45, of Hong Kong scaled the summit from the base camp in 25 hours and 50 minutes, and became the fastest female climber. The record of 10 hours and 56 minutes is held by a Sherpa guide, Lakpa Gelu.

A climbing accident on Everest in 2019, when Muir hurt his ankle falling off a ladder, did not deter him from attempting to scale the peak again. He began mountaineering late in life, and said he was scared and anxious during his latest adventure.

"You realize how big a mountain it is, how dangerous it is, how many things that could go wrong. Yeah, it makes you nervous, it makes you know some anxiety there and maybe little bit of scared," Muir told reporters in Kathmandu.

"I was just surprised when I actually got to there (the summit) but I was too tired to stand up, and in my summit pictures I am sitting down," he said. 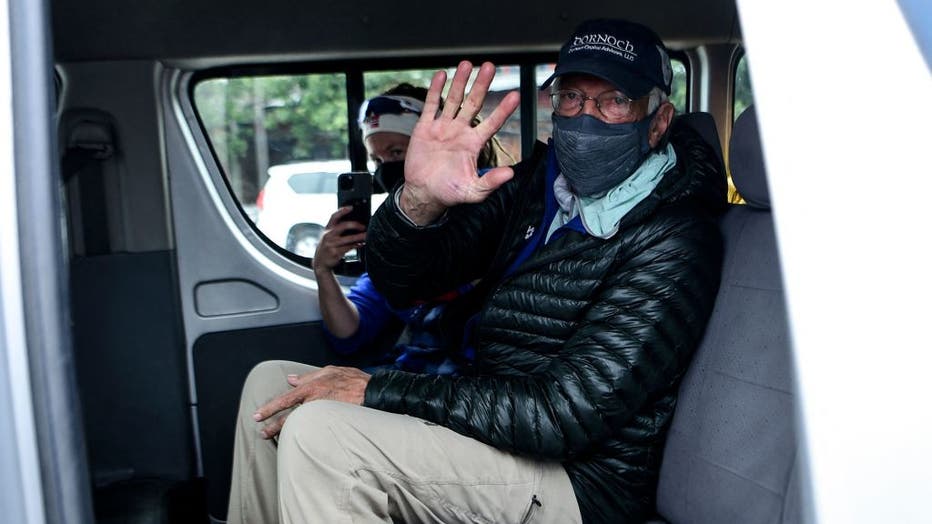 Muir began mountaineering at age 68 with trips to South America and Alaska before attempting Everest in 2019, when he fell off the ladder.

Climbing was closed last year due to the pandemic.

Married and a father of three, Muir has six grandchildren. The last one — a boy — was born while he was still in the mountains during his current expedition.

She was lucky because there were barely any climbers on the way to the highest camp at South Col. After that, on her way to the summit, she met only climbers making their descent, which did not slow her speed climb.

There are only a few days of good weather left on the mountain this year, when hundreds of climbers line up to the summit, many having to wait for a long time in the traffic jam on the highest trail.

"I just feel kind of relief and happy because I am not looking for breaking a record," she said. "I feel relieved because I can prove my work to my friends, to my students."

She made a previous attempt on May 11, but bad weather forced her to turn back from a point very close to the summit. She then returned last Sunday.

"For the summit, it is not just not your ability, team work, I think luck is very important," she said.

An outbreak of the coronavirus among climbers and their guides at the Everest base camp has forced at least three teams to cancel their expeditions. But hundreds of others have pushed through attempting to scale the summit, at a time Nepal is in lockdown battling its worst surge in COVID-19.