We said farewell to many legends in music, film, fashion and more in the 2010s.

LOS ANGELES - The 2010s was marked by the loss of icons. Here is a look back at the stars we’ll never forget. 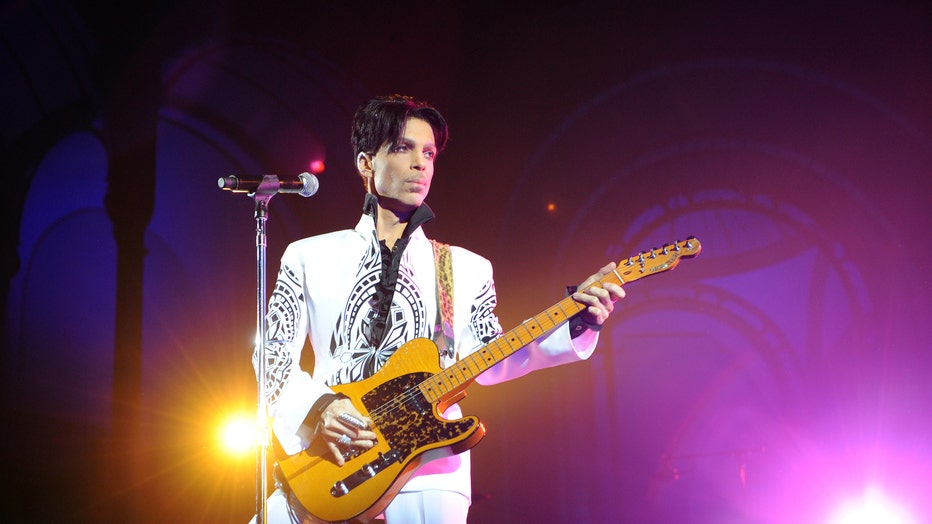 Prince performs at the Grand Palais in Paris on Oct. 11, 2009. (BERTRAND GUAY/AFP via Getty Images)

Considered a musical genius by many, Prince could do it all: sing, dance, write, produce and play just about any instrument. The  seven-time Grammy winner was known for hits like “Purple Rain,” “When Doves Cry,” “Kiss” and “Raspberry Beret.” He died April 21, 2016 of an accidental opioid overdose. 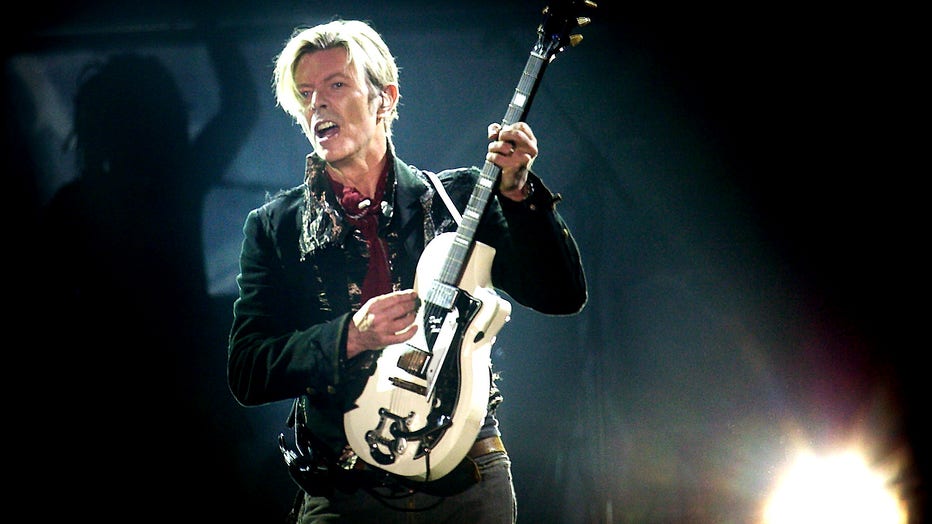 David Bowie was one of rock’s most influential and best-selling artists. He transcended the genre with songs like “Heroes,” “Fame” and “Space Oddity,” and was known for his theatrical performances as his alter ego “Ziggy Stardust.” Bowie also starred in several films including “Labyrinth” and “The Man Who Fell From Earth.” He died of liver cancer on Jan. 10, 2016. 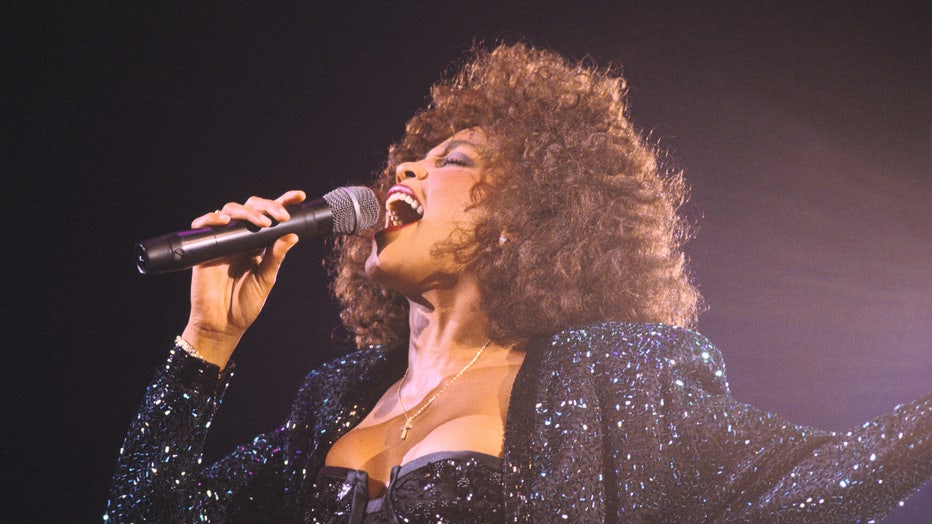 Whitney Houston Performs In Paris Bercy on May 18, 1988. (Frederic REGLAIN/Gamma-Rapho via Getty Images)

Whitney Houston was widely regarded as having one of the best singing voices of all time. The pop icon exploded into the music scene in the 1980s with hits like “Saving All My Love,” and “I Want To Dance With Somebody.” Houston’s 1992 remake of Dolly Parton’s “I Will Always Love You” holds the record of being the best-selling single by a woman in music history. She starred in several films including “The Body Guard” and “Waiting To Exhale.” She drowned in a hotel bathtub on Feb. 11, 2012. 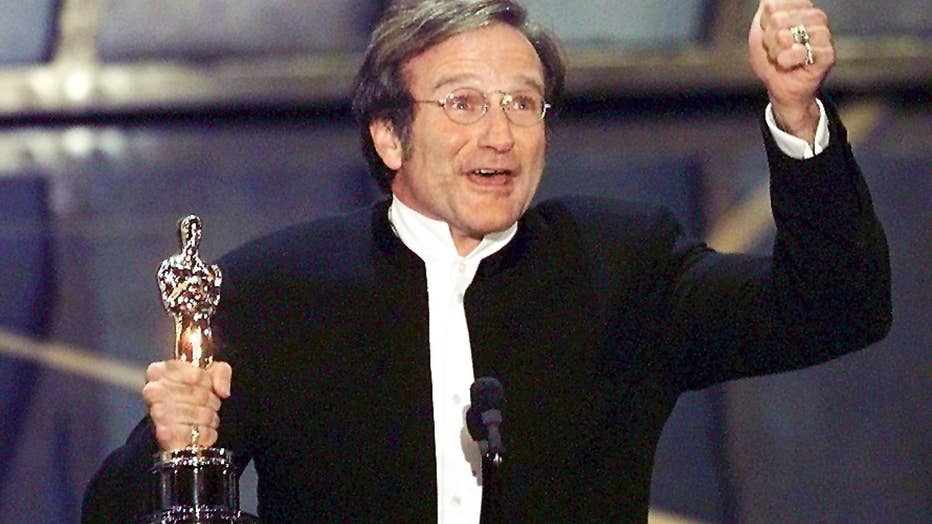 Robin Williams holds up his Oscar after winning in the Best Actor in a Supporting Role category during the 70th Academy Awards. (TIMOTHY A. CLARY/AFP via Getty Images)

Robin Williams started off his career doing stand-up comedy and made his acting debut in the 1970s TV show “Mork & Mindy.” He became a household name after starring in films like “Mrs. Doubtfire,” “Hook” and “Aladdin.” Williams was nominated four times for Academy Awards, and took home the Oscar for Best Supporting Actor in 1998 for his role in “Good Will Hunting.” Williams died by suicide on Aug. 11, 2014. 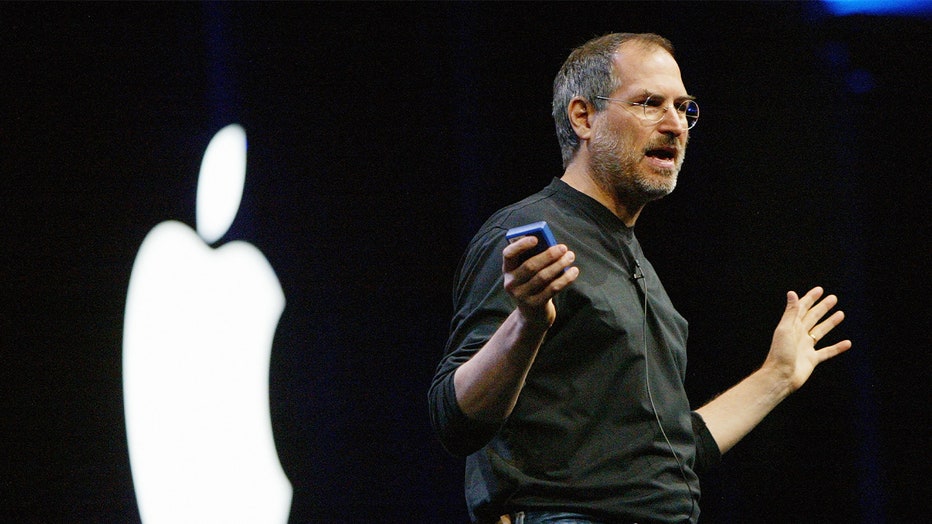 As the co-founder of Apple, Steve Jobs played an influential role in the creation of several of the company’s landmark products including the Apple II computer, iPhone, and iPod. In 1986, Jobs purchased The Graphics Group, which shortly thereafter was renamed Pixar, and helped establish it as the animation powerhouse it is known as today. Jobs died of pancreatic cancer on Oct. 5, 2011. 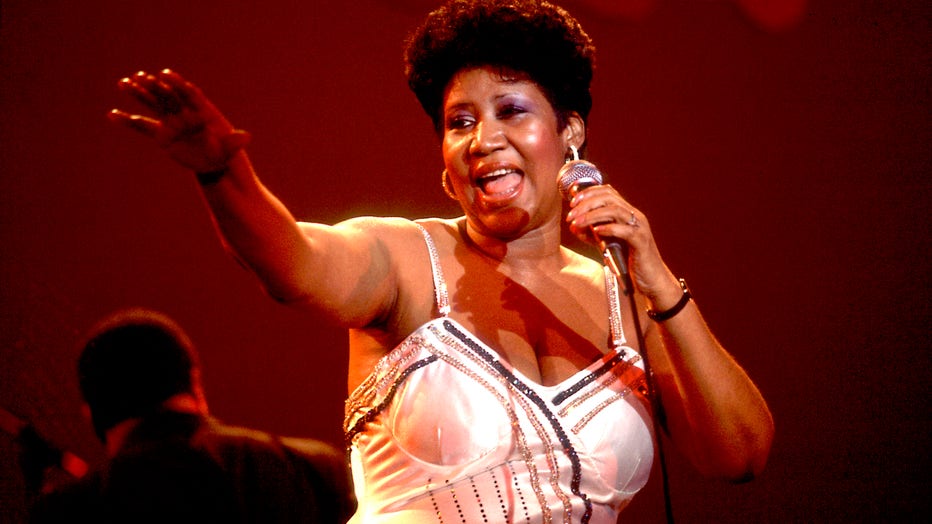 Aretha Franklin began singing gospel as a child at her church in Detroit, Michigan. She rose to fame after transitioning into secular music in the 1960s, churning out hit songs like “Respect,” “Think” and “(You Make Me Feel Like) A Natural Woman.” By the end of the decade, she had been crowned “The Queen of Soul.” No other female artist has had as many songs on the Billboard charts as Franklin. She died of a pancreatic neuroendocrine tumor on Aug. 16, 2016. 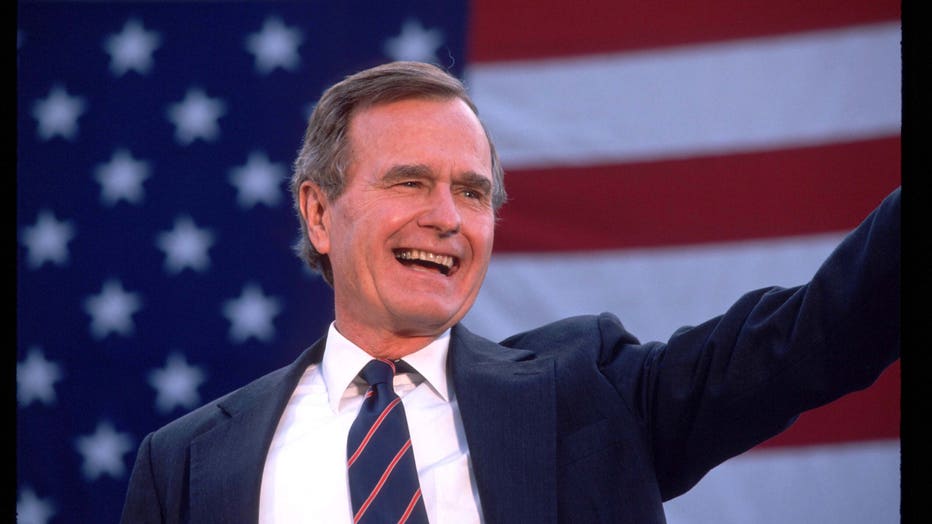 George Bush waves to a crowd of supporters on November 5, 1988. (Cynthia Johnson/Liaison)

George H.W. Bush was elected as the 41st U.S. president in 1989 after serving two terms as vice president to Ronald Reagan. Before heading to the White House, Bush served in World War II, was a member of Congress and the head of the CIA. One of the major highlights of his presidency was the liberation of Kuwait. Bush was often referred to by his full name or as Bush senior, to distinguish him from his oldest son, George W. Bush, who went on to become the 43rd president of the United States. He died on Nov. 30, 2018. 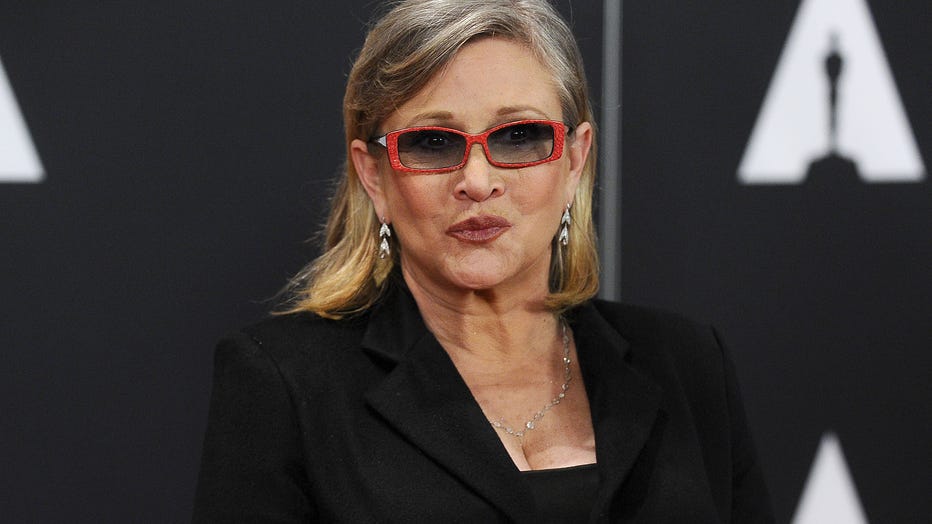 Carrie Fisher was famously known for playing Princess Leia in “Star Wars.” She starred in six of the franchise’s films with the last one, “Star Wars: The Last Jedi,” being posthumously dedicated to her in 2017. Fisher also authored a number of acclaimed novels and screenplays including, “Postcards from the Edge” and “Wishful Drinking.” She died of a heart attack on Dec. 27, 2016. 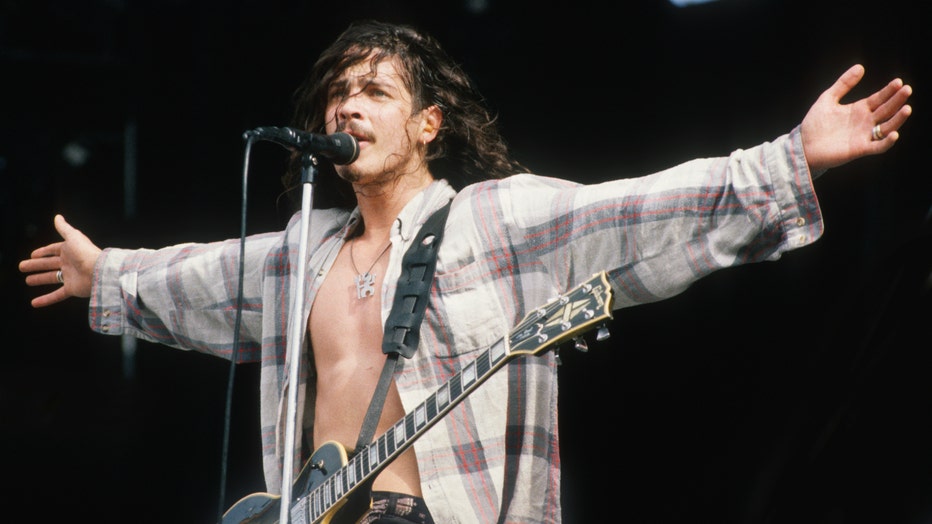 Serving as the lead vocalist of 90s rock band Soundgarden, Chris Cornell became known as the founding father of grunge. He was praised for his high-energy performances and wide four-octave vocal range. In 2001, Cornell joined members of Rage Against the Machine to create the group Audioslave. The three-time Grammy winner died by suicide on May 18, 2017. 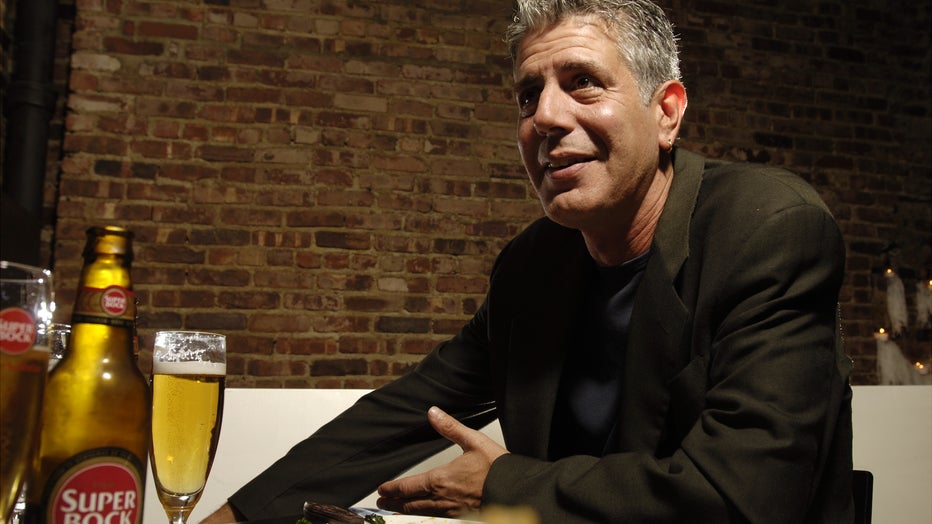 Anthony Bourdain skyrocketed to fame in 2000 after the release of his best-selling book “Kitchen Confidential: Adventures in the Culinary Underbelly.” In 2002, Bourdain starred in his first show on the Food Network, “A Cook’s Tour.” He then went on to gain more notoriety as the host of food and world travel shows “No Reservations,” “The Layover” and “Anthony Bourdain: Parts Unknown.” Bourdain died by suicide on June 8, 2018. 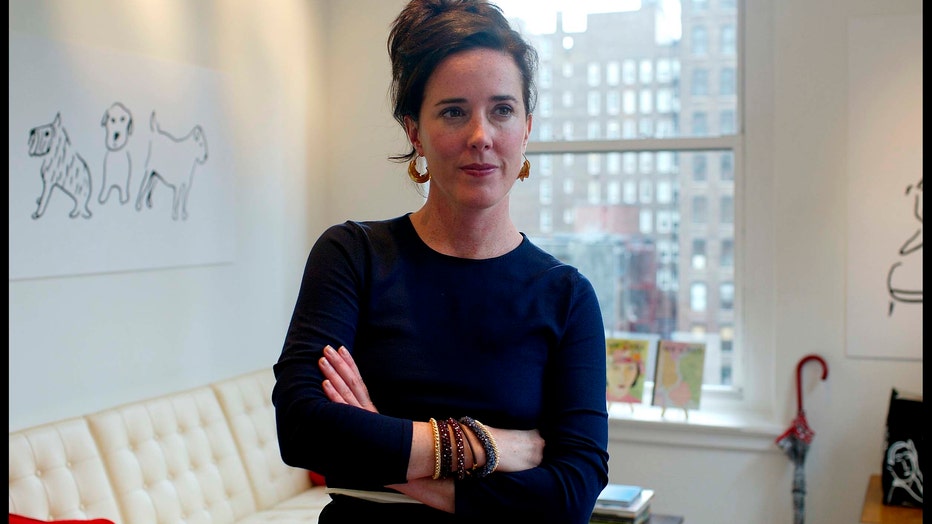 Designer Kate Spade is photographed at her offices. (David Howells/Corbis via Getty Images)

Kate Spade rose to fame as the founder and designer of her namesake brand which created some of the most popular handbags and accessories of the 1990s and early 2000s. She and her husband Andy then expanded their venture into other product lines including clothing and fragrances. She died by suicide on June 5, 2018. 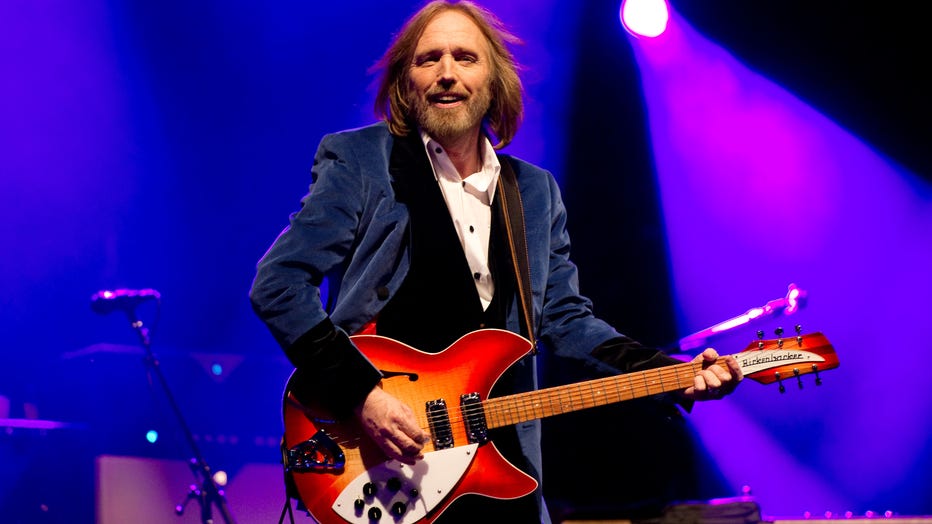 Tom Petty performs on the main stage on day 2 of The Isle of Wight Festival at Seaclose Park on June 22, 2012. (Samir Hussein/Getty Images)

Tom Petty and The Heartbreakers were considered one of America’s quintessential rock groups throughout the 1970s, 80s, and 90s, making hit singles like "American Girl," "Refugee" and "Mary Jane's Last Dance." In 2002, the band was inducted into the Rock and Roll Hall of Fame. Throughout his career with the Heartbreakers and as a solo artist, Petty sold more than 80 million records worldwide, making him one of the best-selling artists of all time. He died of an overdose on Oct. 2, 2017. 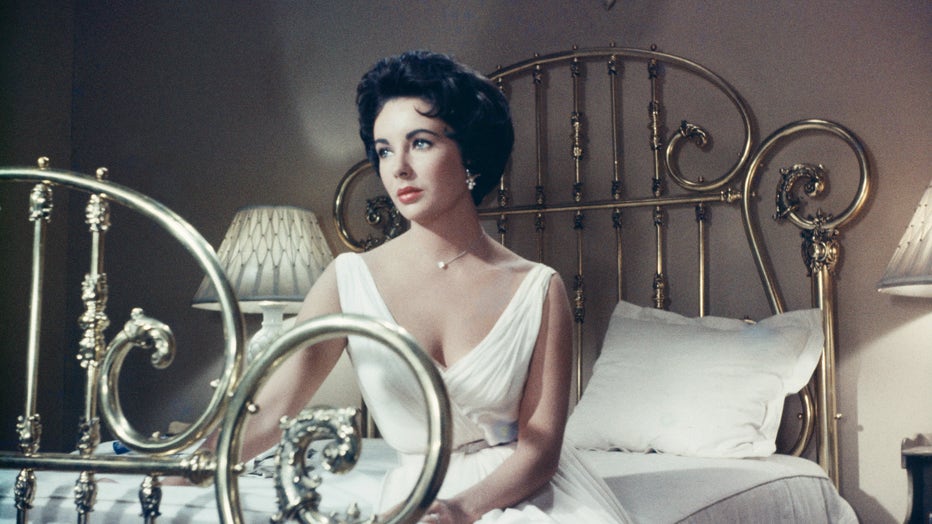 Elizabeth Taylor established her award-winning career in film starring in movies like “Butterfield 8” and “Who’s Afraid of Virginia Woolf?” throughout the 1950s and 60s. In 1963, she was paid a record-breaking $1 million to star in “Cleopatra.” She later went on to become a major HIV/AIDS activist. Taylor died of congestive heart failure on March 23, 2011. 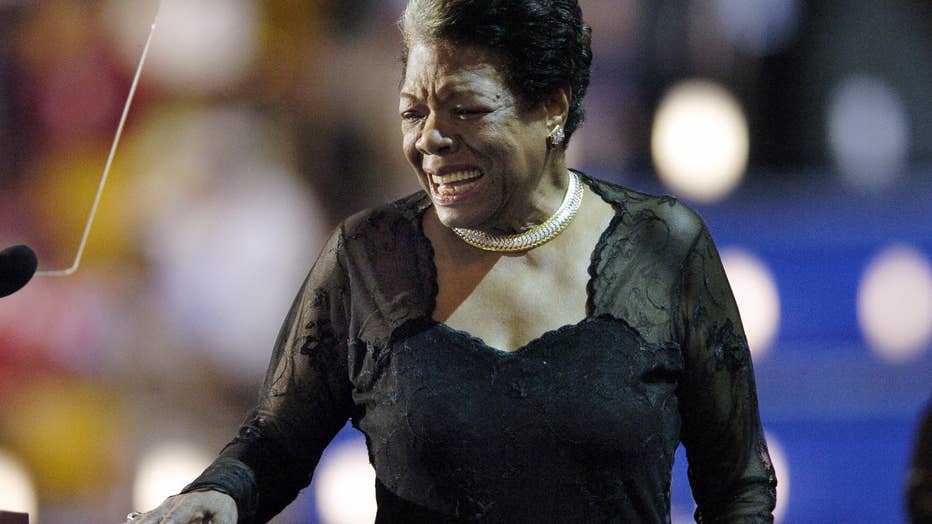 Maya Angelou authored seven landmark autobiographies including “I Know Why The Caged Bird Sings,” which chronicles her life up until the age of 17 and brought her international fame. In 1993, Angelou recited her poem “On the Pulse of Morning,” at President Bill Clinton’s inauguration. She died of natural causes on May 28, 2014. 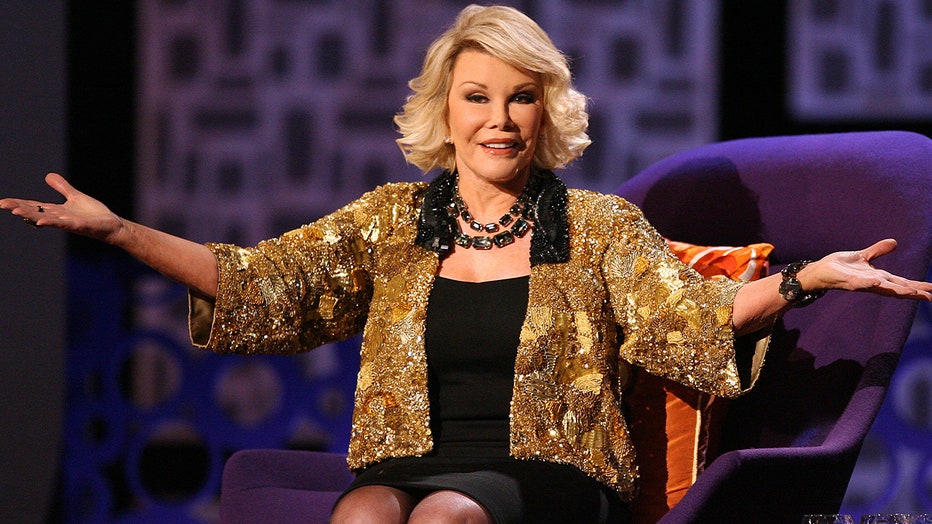 Joan Rivers was widely known for her controversial comedic persona, which helped her rise to fame as a co-host on “The Tonight Show.” In 1986, she became the first woman to host her own late night network television talk show: “Late Show With Joan Rivers.” She then went on to host E’s “Fashion Police” and became a staple on red carpets in the entertainment industry. Rivers died following a throat surgery on Sept. 4, 2014. 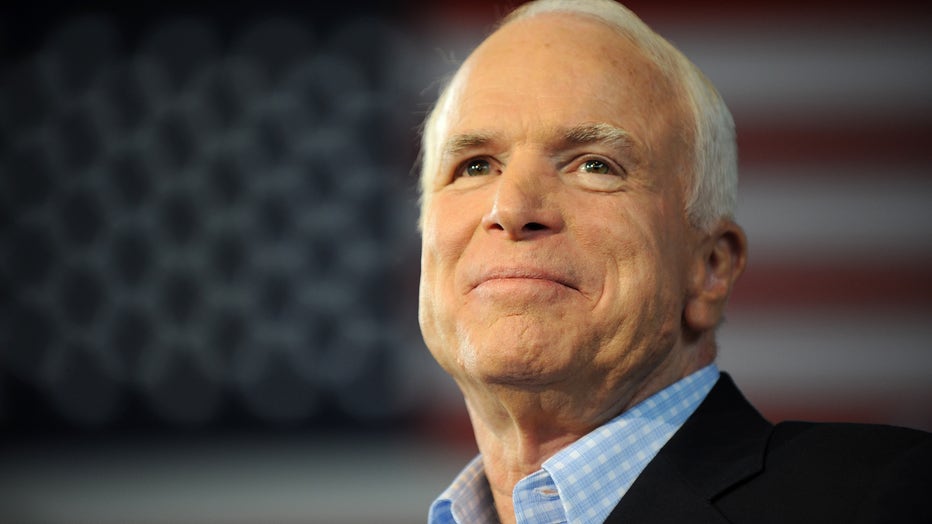 John McCain was an American war hero and longtime politician. McCain served as a naval aviator during the Vietnam War and was tortured and held prisoner for five years. He then went on to serve for over two decades in Congress, starting in the House of Representatives and then the Senate. In 2008, he was elected as the Republican nominee for president. McCain died of brain cancer on Aug. 25, 2018. 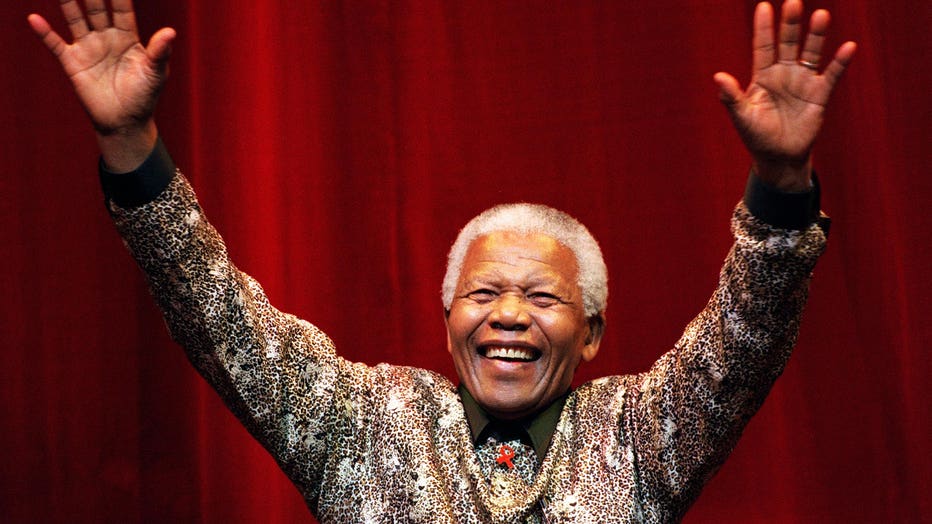 Nelson Mandela waves to the crowd after speaking at the Colonial Stadium for the World Reconciliation Day Concert September 8, 2000 in Melbourne, Australia. (Photo by Hamish Blair/Liaison)

Nelson Mandela was a South African activist and revolutionary who was jailed for 27 years for fighting to end apartheid in the country. In 1994, he was elected president in the country’s first fully representative democratic election. He was also South Africa’s first-ever black head of state. He died from a respiratory infection on Dec. 5, 2013. 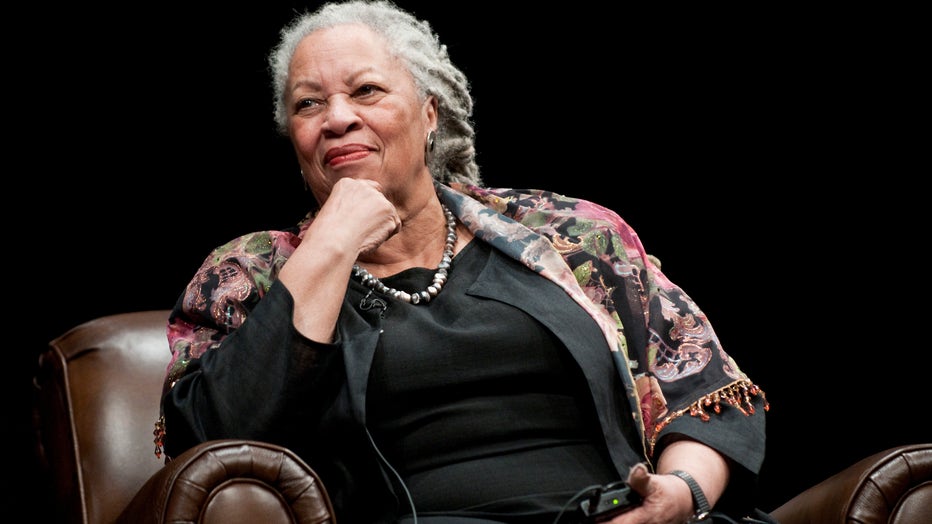 Toni Morrison attends the Carl Sandburg literary awards dinner at the University of Illinois at Chicago Forum on October 20, 2010 in Chicago, Illinois. (Photo by Daniel Boczarski/FilmMagic)

Toni Morrison was an award-winning novelist known best for her works like “Song of Solomon,” “The Bluest Eye” and “Beloved.” In 1996, Morrison delivered the Jefferson Lecture, which is considered the federal government’s highest honor for distinguished intellectual achievement in the humanities. Morrison was a recipient of the Nobel Prize, Pulitzer Prize and the Presidential Medal of Freedom. She died from complications of pneumonia on Aug. 5, 2019. 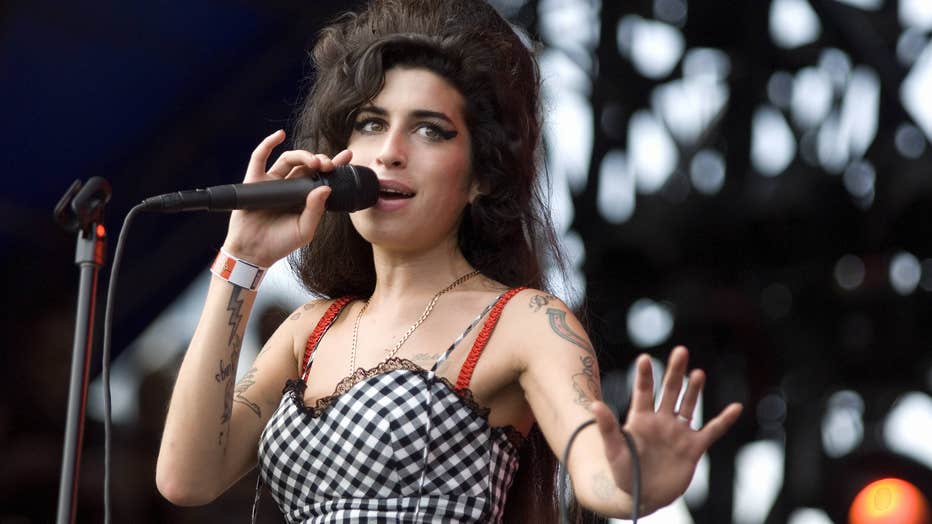 Amy Winehouse performing on stage at Lollapalooza in 2007. (Photo by Daniel Boczarski/Redferns)

Amy Winehouse was best known for her explosive vocals and expressive songwriting. In 2003, the British singer exploded on to the scene with her debut album “Frank.” In 2006, she racked up five Grammy Awards for her sophomore album “Back To Black,” which featured hits like “Black” and “Rehab.” She died of alcohol poisoning on July 23, 2011. 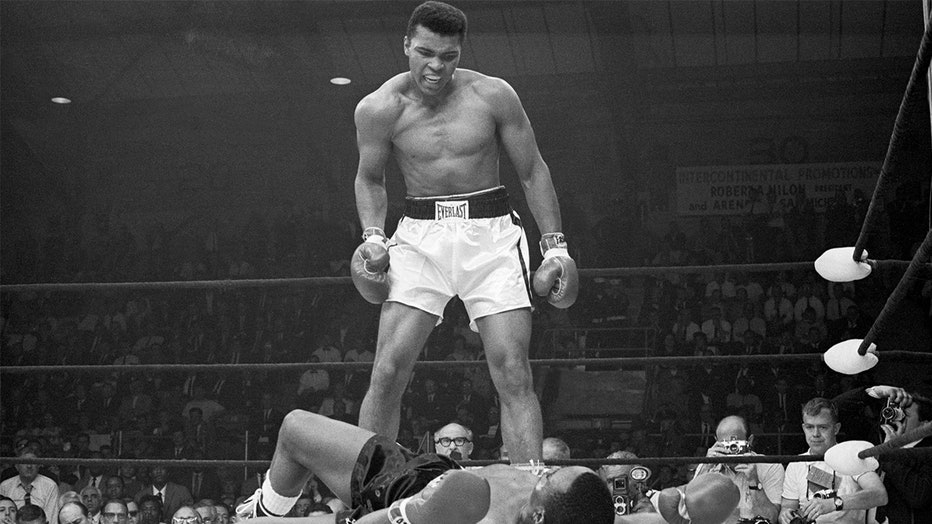 Heavyweight champion Muhammad Ali stands over Sonny Liston and taunts him to get up during their title fight.  (Bettmann via Getty Images )

Nicknamed "The Greatest," Muhammad Ali was regarded as one of the most significant athletes of all time. Ali started boxing at 12 years old and went on to win a gold medal in the 1960 Olympics as a light heavyweight. In 1964, he defeated Sonny Liston, claiming the title of heavyweight champion. He became the first fighter in the world to win the heavyweight title on three separate occasions. Ali died June 3, 2016.