Phoenix College is celebrating 100 years with the opening of a time capsule the institution has preserved since 1995.

PHOENIX - A trip back in time.

Phoenix College is celebrating 100 years with the opening of a time capsule the institution has preserved since 1995.

"With 100 years, we thought, this is a long amount of history so we want to try to preserve the rich history of this institution, so we thought what better way than a time capsule," Debroah Spotts said.

Memorabilia collected by faculty and former staff symbolizes the change the community college has seen in the last 25 years.

Memories and artifacts from the '90s -- like old curriculum, video and audio tapes from the campus' earlier years, a Phoenix Suns license plate and even proclamations from then-Gov. Fife Symington and former Mayor Skip Rimsza. 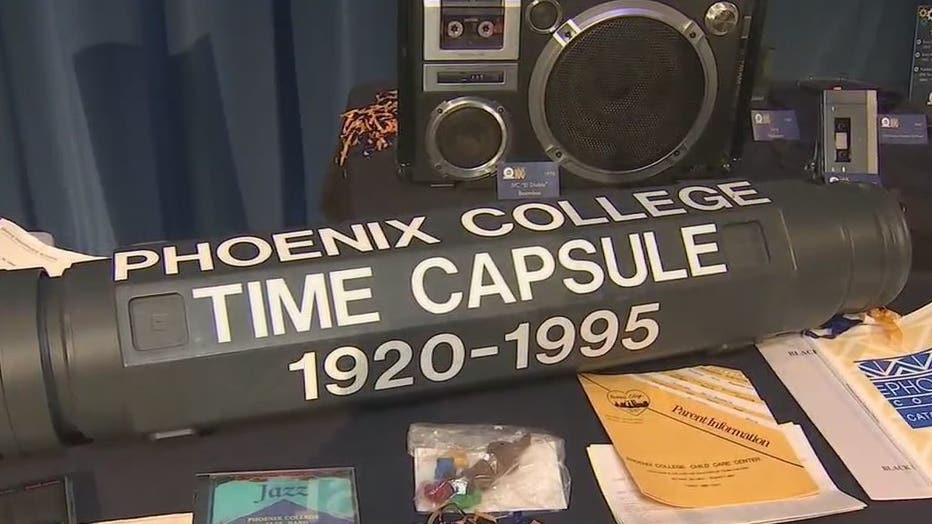 Dr. Larry Johnson has been the college's president since 2018. He says besides upgrades to the campus and new faculty, the biggest change Phoenix College has seen has been its education and diversity.

"This reflects the spirit of the times, so it's a great moment to really say at that point in time who are we as America. Who are we as democracy and it's an opportunity for us to look back and write narratives around what was taking place then compared to now and how we can leverage that for the future," he said.