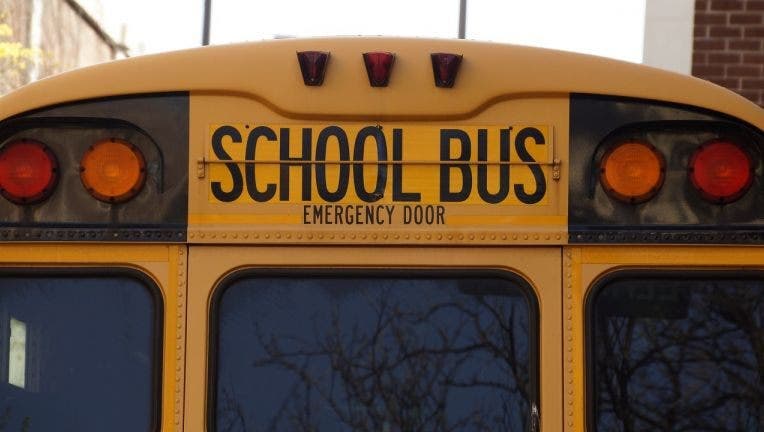 The proposal from Glendale Republican Sen. Paul Boyer would make all children attending schools with a high percentage of low-income families or who qualify for free or reduced-price lunches eligible for the state’s voucher program. Under the program, parents can take state funding and pay for religious or other private education and education costs.

Boyer said his proposal has taken on greater urgency as parents complain that their public schools are closed to in-person learning because of the pandemic.

"They’re flipping mad right now and they’re pulling their kids out of schools, whether to home school or send them to charter schools that are open," Boyer said Feb. 1. "Or if they can afford it, to private schools."

Public school advocates are trying to rally opposition to the plan, saying it is a clear rejection of the will of the voters when they defeated Proposition 305 in 2018 by a nearly 2-1 margin. They say the new voucher bill would cover nearly 70% of students in the state.

"The voters have been clear on this time and time and time again," said Dawn Penich-Thacker, spokeswoman for Save Our Schools Arizona, the grassroots group that organized the 2018 effort to repeal the universal voucher law. "It’s just blatant disregard for what they know and what we know.

"Finding more ways to subsidize private schools is not the priority of Arizona voters," she said.

Boyer’s proposal has other parts that go well beyond previous voucher expansion efforts. It would allow parents to use a separate program that funnels tax credits to them to fund private school tuition. It also would require school districts that don’t qualify for state cash because they have high local tax revenue to write a check to the state to pay for students who leave the district to use a voucher. And it takes sales tax revenue that voters approved for teacher pay and sends it to parents of voucher students, with no auditing required.

Boyer said all that makes sense, since parents are the ones who need to choose where they send their children to school.

"I want to fund parents who know the needs of their kids much better than I ever will and to give them the ability to get their kid educated the best they know how," Boyer said.

The proposal, Senate Bill 1452, is set for its first hearing Feb. 2 before a Senate committee, and minority Democrats are expected to strongly oppose it. Two other school voucher expansion proposals have been introduced, but Boyer’s is backed by school choice advocates such as the Center for Arizona Policy, Arizona Catholic Conference and the Goldwater Institute.

The current voucher program, called Empowerment Scholarship Accounts, only applied to students with disabilities when it began in 2011 but has been greatly expanded over the years to cover many others, including children in low-performing schools or those living on Indian reservations.

Although that could cover tens of thousands of students, the most recent state report shows only about 9,700 students are currently using vouchers totaling about $145 million a year. More than half are disabled.

Parents get 90% of the state funds that normally go to their local public school to use for private school tuition and other education costs. Disabled students can receive up to $40,000 for specialized therapy.

The 2017 law repealed by voters in 2018 would have allowed all 1.1 million Arizona K-12 students to use the voucher program.

Save Our Schools Arizona was collecting signatures for a voter initiative early last year that would have limited program enrollment to 1% of the state’s 1.1 million schoolchildren and give disabled and existing enrollees priority. The pandemic forced backers to stop collecting signatures to qualify for the November’s ballot.

If new expansions pass, Penich-Thacker said her group may try again to get an initiative on the ballot.

"Our heart is still in running an initiative to stop all of this for good, and write it in such a way that it cancels out this bill and any others that they attempt," she said.

Arizona GOP Sen. David Livingston’s Senate Bill 1041 would expand the cap on the smallest of the four tax credits used to provide scholarships to School Tuition