Deputy Devin Williams Jr. phoned Dublin police while driving south to the Central Valley. He was taken into custody with the help of CHP officers in Coalinga and the Fresno County sheriff's office.

DUBLIN, Calif. - An Alameda County sheriff's deputy surrendered on Wednesday after being accused of shooting and killing husband and wife in Dublin earlier in the day, authorities said.

Deputy Devin Williams Jr. phoned Dublin police while driving south to the Central Valley. He was taken into custody with the help of California Highway Patrol officers in Coalinga and the Fresno County sheriff's office. Williams was arrested and booked on suspicion of murder and burglary.

On Wednesday evening, KTVU learned the victims' identities; Benison Tran, 57, and his wife, Maria Tran, 42. The couple was found with gunshot wounds in a home on the 3100 block of Colebrook Lane in Dublin around 12:45 a.m. Wednesday, sheriff's spokesman Lt. Ray Kelly said at a news conference.

The couple, who are parents of a child, died at the scene. Other family members were home at the time, including a relative from out of town who made the call to 911, Kelly said.

"He knew them — this was not a random crime," Kelly said.

Investigators don't have a motive, but a source close to the investigation said police are looking into various possibilities, including allegations that Williams may have been having an affair with the wife.

Maria Tran worked as a nurse.

She was married to her husband for about 20 years.

"She was kind-hearted, loving; she always went above and beyond as a frontline worker during the COVID pandemic, her cousin Diem Thuy Le said through tears.

Kelly said that Williams worked on Tuesday at the courthouse and then took an overtime shift at Santa Rita Jail until 11 p.m.

About 10 a.m. on Wednesday, Dublin police issued a news release saying Williams was at large.

He was taken into custody after about a 45-minute-long conversation with Dublin Police Services Chief Garrett Holmes. Sheriff's deputies provide police services in Dublin.

"It's a great loss for the community, and it's even more disheartening to find out that one of our own is actually the trigger-person behind this tragedy," Holmes said.

Police are still searching for his duty-issued firearm, which he likely tossed near the Altamont Pass, Kelly said.

Authorities went down to get him, Kelly said, adding that they wouldn't be back in the East Bay until later on Wednesday evening.

Prior to turning himself in, Williams had an emotional phone call with the Dublin police chief.

Kelly added that Williams did not pass the probationary 1-year period at the Stockton Police Department, which he called pretty routine.

However, he was hired as an Alameda County Sheriff's deputy in September 2021.

Kelly said that he passed all the reference and psychological tests and there was nothing in his background that would have prevented him from being hired as a deputy. Kelly called Williams' record with the department "immaculate."

Kelly said that investigators will try to determine what was going on in Williams' life in the last few months. 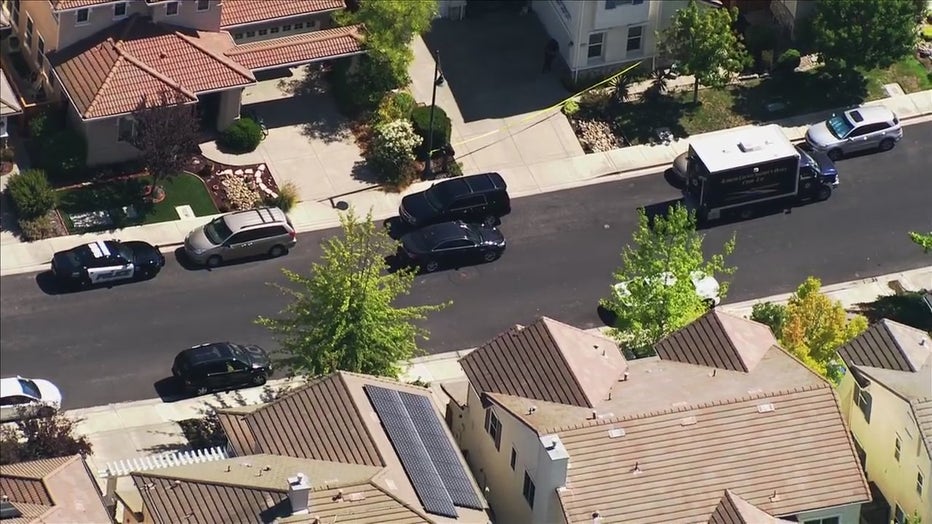 An Alameda County sheriff's deputy allegedly killed a married couple in a Dublin home on Sept. 7, 2022.