What to do if your flight is canceled?

Travel expert Brian Kelly says flight cancellations are consistently happening. He shares tips on tracking your flight and what to do if it is canceled?

Amsterdam's Schiphol Airport has launched a compensation program for travelers who missed their flights because of lengthy delays that have plagued the busy European hub for months.

Schiphol's announcement Thursday night heads off a possible mass claim for compensation by passengers who saw their holiday plans evaporate amid hours-long queues for security screening.

The Dutch airport was one of several across Europe, including London's Heathrow, that was plunged into chaos by staff shortages and soaring demand as air travel rebounded strongly from two years of COVID-19 restrictions. Airlines and airports slashed jobs during the pandemic, making it difficult to quickly ramp back up to serve the new burst of travelers.

"A lot of people have really been looking forward to their holidays abroad, especially after two years of COVID. We’re extremely sorry that some people have missed their flight due to the long security control queue," Schiphol CEO Dick Benschop said in a statement.

"During these special times and circumstances, we must not let these people fall through the cracks," he added.

RELATED: Is travel insurance worth the cost? Here are pros and cons to consider

The program is for people booked to fly from April 23 to Aug. 11 who arrived at Schiphol on time but missed their flight because they were stuck in a queue. It covers costs including rebooking a flight or booking a replacement flight, extra travel costs and accommodation, transport and activities booked at the travelers' destination. 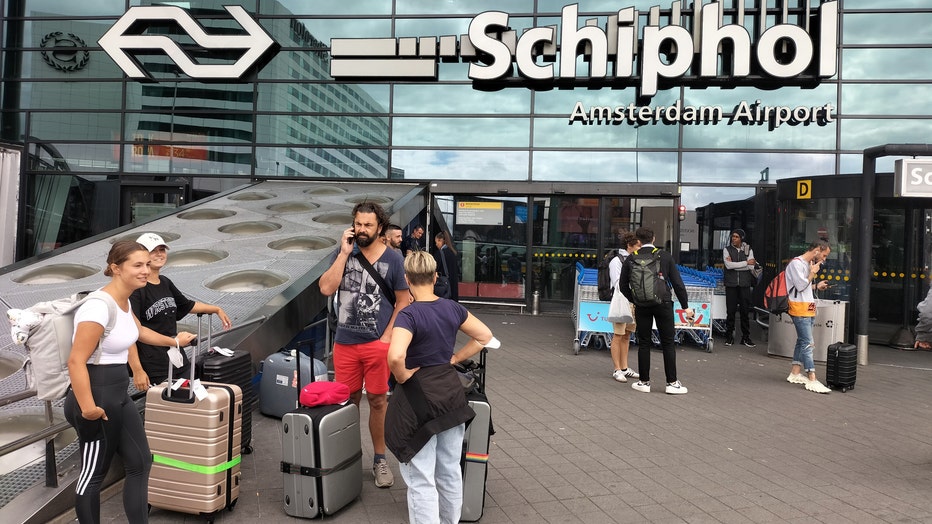 A view of Schiphol Airport as the number of passengers and flights on rise while mass staff shortages continue with flight disruptions, including delays and cancellations after the strike in Amsterdam, Netherlands on July 27, 2022. (Photo by Farouk B

Schiphol did not say how much the compensation program would cost the airport.

"We investigated the possibility of a mass claim and then entered into discussions with Schiphol. Our joint efforts have resulted in this arrangement, which has helped a large group of consumers," association director Sandra Molenaar said in a statement on Schiphol's website.

Heathrow said Thursday that its cap on the daily number of departing passengers has eased the travel crunch at Britain’s largest airport. It apologized last month to passengers whose travels were disrupted by staff shortages.