The U.S. Supreme Court has ruled that Texas abortion providers can file a lawsuit against the state's ban on most abortions but allowed the law to remain in effect for now. The law makes abortion illegal after cardiac activity is detected in an embryo -- normally around six weeks, before some women even know they are pregnant. There are no exceptions for rape or incest.

COLUMBUS, Ohio - Federally funded family planning clinics can continue to make abortion referrals for now, a federal court ruled Tuesday, in a setback for a dozen Republican attorneys general who have sued to restore a Trump-era ban on the practice.

The 6th U.S. Circuit Court of Appeals in Cincinnati denied a request by the 12 states to pause rules for the federal government’s family planning program while their case is heard. The states were eager to stop implementation before the next round of federal grants starts rolling out in March.

At issue are new rules from President Joe Biden’s Department of Health and Human Services that returned the federal family planning program, called Title X, to how it ran under the Obama administration, when clinics were able to refer women seeking abortions to a provider.

Rules that Ohio Attorney General Dave Yost, who brought the lawsuit, wants permanently reinstated were put into place in 2019 under former President Donald Trump. One required federally funded family planning clinics to be physically and financially independent of abortion clinics. The other required them to refrain from referring patients for abortions.

He argues the rules were intended as firewalls between family planning clinics, which can receive taxpayer funding, and their abortion services, which cannot. 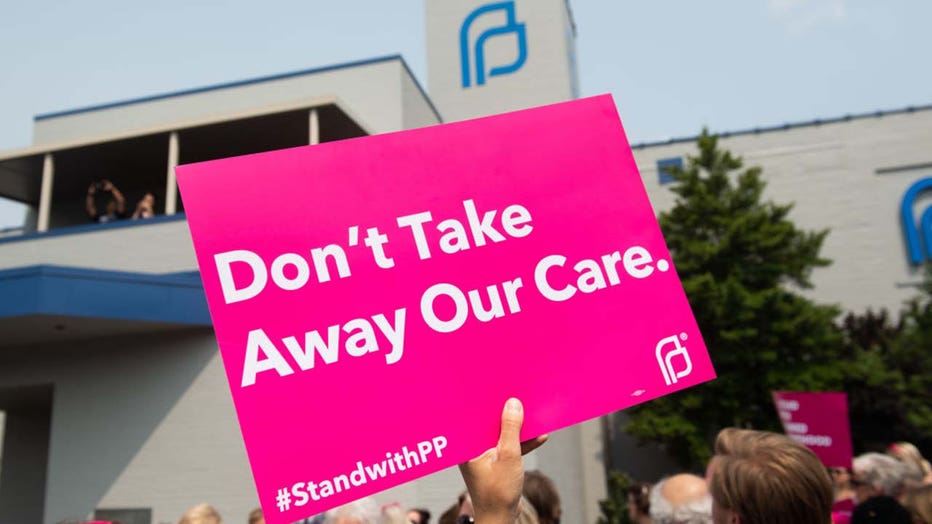 U.S. District Judge Timothy Black rejected that argument in a ruling last month, denying a preliminary injunction that would have temporarily paused the rules. The 12 states appealed his decision to the 6th Circuit, which said they failed to prove they’d be irreparably harmed by the rules going into effect.

Black said opponents centered their case on a policy disagreement, not a legal one.

"The principle that money is fungible must have theoretical limits or else no government appropriations for specific purposes could ever be feasible," Black wrote Dec. 29. "Title X no more subsidizes abortions than funding a homeless shelter subsidizes substance abuse."

The Biden administration’s reversal of the Trump-era rules in October came as political and legal battles over abortion grow sharper amid burgeoning efforts by Republicans to overturn the landmark Roe v. Wade at the U.S. Supreme Court.

Yost emphasized that his lawsuit does not challenge the right to an abortion as guaranteed under Roe.

The prohibition against family planning clinics funded under Title X using public funds for abortions was contained in the Family Planning Services and Population Research Act of 1970, Yost said. Black pointed out that the Trump-era rules were in place for less than two years, during which time 1.5 million fewer patients participated in Title X-funded services.

The program makes available more than $250 million a year to clinics to provide birth control and basic health care services, mainly to low-income women, many of them from minority communities.

The rules established under former President Donald Trump, a Republican, prompted a mass exit by service providers affiliated with Planned Parenthood, as well as several states and other independent organizations.

Groups representing the clinics said they hoped the Biden administration’s reversal would lead some 1,300 local facilities that left in protest to return.