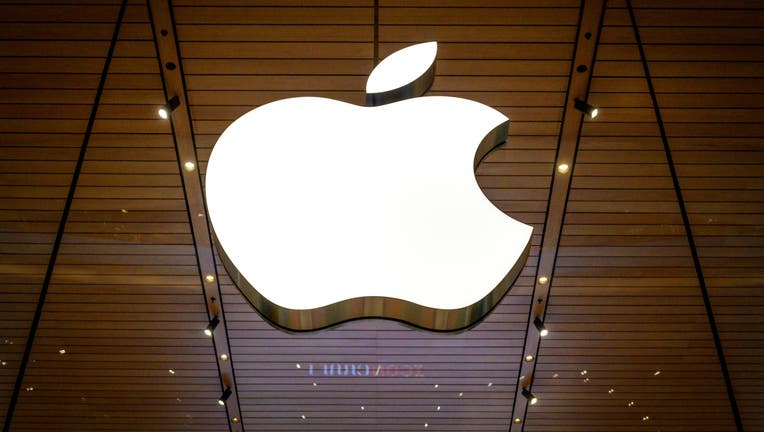 The Apple logo is seen at a company store in an upscale shopping mall in Bangkok on November 10, 2020. (Photo by Mladen ANTONOV / AFP) (Photo by MLADEN ANTONOV/AFP via Getty Images)

Apple Inc. is reportedly considering making an iPhone with a foldable screen.

The tech giant has begun developing prototype screens for internal testing, Bloomberg first reported, though there are allegedly no real plans to launch a foldable iPhone yet.

Bloomberg's source, speaking on conditions of anonymity, said that Apple has only started work on the display thus far, but that those in testing have a "mostly invisible hinge."

The move would mark a departure from Apple's traditionally-flat, sleek, one-piece design, and a step towards foldable phones currently on the market made by companies like Motorola, Inc., and Samsung Electronics Co.

Screen sizes could range up to the iPhone 12 Pro Max's 6.7-inch display, though the company is reported to be discussing numerous options.

Fox Business reached out to Apple for comment but did not immediately receive a response.

While the world's most valuable company may not be planning on going forward with foldable phones for years, if ever, it is bringing other updated products and functions into the fold.

The next-generation iPhone will have minor changes following the release of the iPhone 12 according to the report, though some of those will be viewed as critical amidst the COVID-19 pandemic.

An in-screen fingerprint sensor -- or Touch ID -- would make iPhones more user-friendly in a masked world and add an extra layer of security in addition to their facial recognition scanners.

Lastly, Apple has discussed a shift to wireless charging for some iPhone models, according to the report.

If it's time for you to get into shape, Consumer Reports recommends the best smart watches and fitness trackers that can help.