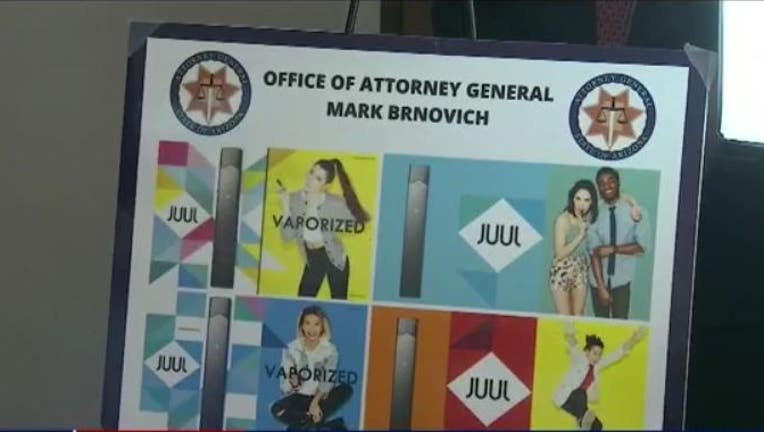 During a news conference on Jan. 7, Brnovich said Juul and Eonsmoke have used deceptive marketing of flavored products with high nicotine content to hook young people.

Attorney General Mark Brnovich also sued a second vaping company, Eonsmoke, which he said doubled down on Juul's marketing to youth and continued it after Juul suspended many marketing efforts of flavored vape cartridges.

Brnovich said Juul targeted young people, "enticing them by offering youth-friendly flavors and to hook them on nicotine-based products that were deceptively and unfairly advertised as to their nicotine content." 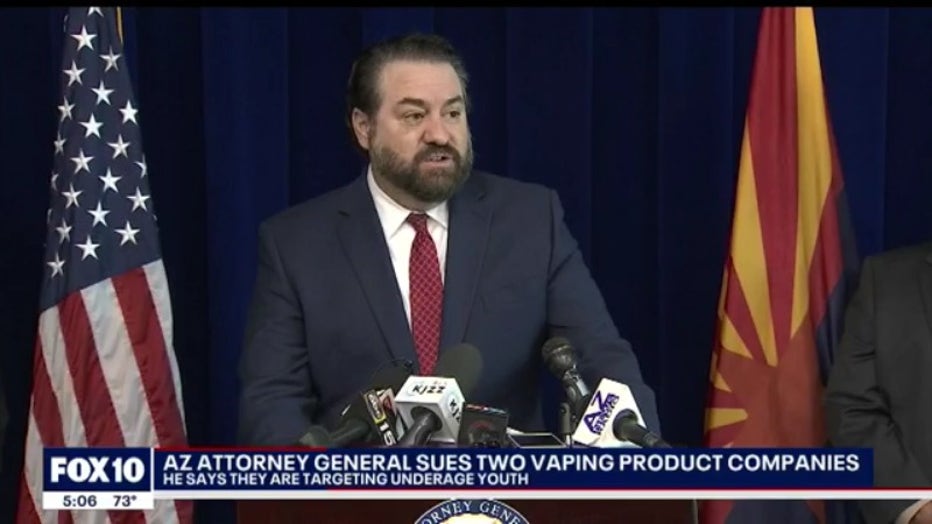 He said after Juul said it would stop selling most flavors in 2018, Eonsmoke stepped into the void and doubled its efforts to gain market share.

Juul said in a statement that it while hasn't reviewed the lawsuit “we remain focused on resetting the vapor category in the U.S. and earning the trust of society by working cooperatively with attorneys general, regulators, public health officials, and other stakeholders to combat underage use and convert adult smokers from combustible cigarettes.”

The company noted that it recently stopped accepting orders for its mint-flavored pods, suspended all advertising in the U.S., is boosting research and is working to develop new technology to reduce youth nicotine use.

The lawsuits seek injunctions barring the marketing and advertising practices, seek disgorgement of profits from both companies and a $10,000 fine per violation of the state Consumer Fraud Act.

Arizona's actions against Juul are similar to those taken by the other states in using consumer protection laws to go after the nation's largest distributor of e-cigarette products.

Vaping among youth has exploded in recent years, drawing concerns from health experts and state and federal regulators. The federal budget signed by President Donald Trump last month raised the age for purchase of nicotine products to 21 from 18, and last week the administration announced that it will prohibit fruit, candy, mint and dessert flavors from small, cartridge-based e-cigarettes favored by high school and middle school students. Menthol and tobacco-flavored e-cigarettes will be allowed to remain on the market.

Juul said it refrained from lobbying on the new flavor rules.

Juul is believed to have more than 2/3 of the e-cigarette market. Tobacco giant Altria bought about a third of the company in December 2018 for $13 billion, but in October wrote down the value of the investment by $4.5 billion amid the nationwide vaping crackdown.

Brnovich said one of his goals was to ensure that Arizona residents who have been harmed by the allegedly illegal marketing activities are made whole. He didn't, however, say that residents would get any of the money.

“If the state of California sues, that's not going to have any sort of financial impact on Arizona,” he said. “If you have companies that manipulated nicotine content, didn't disclose information, if they intentionally tried to target youth here in Arizona, I think Arizona families deserve some sort of compensation for that."