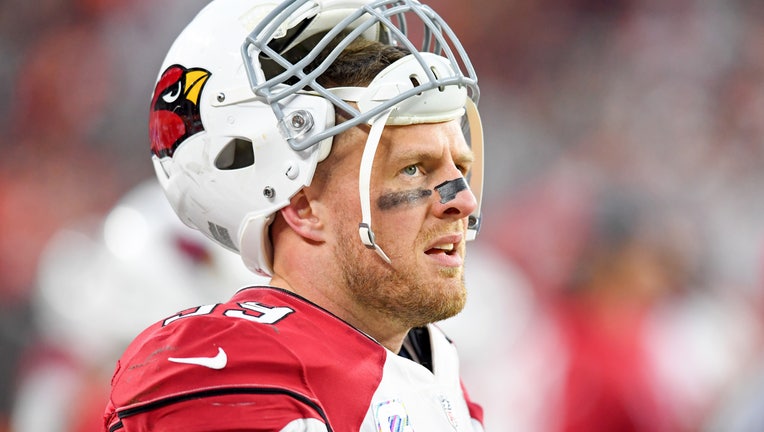 CLEVELAND, OH - OCTOBER 17: J.J. Watt #99 of the Arizona Cardinals looks on in the fourth quarter against the Cleveland Browns at FirstEnergy Stadium on October 17, 2021 in Cleveland, Ohio. (Photo by Nick Cammett/Diamond Images via Getty Images)

GLENDALE, Ariz. - The Arizona Cardinals will be without their star defensive end J.J. Watt for the rest of the season as he is expected to undergo surgery for his shoulder injury, according to multiple reports.

Watt didn’t practice this week ahead of Thursday night's game against the Green Bay Packers. It’ll be the first game he’s missed this season.

Watt joined the Cardinals via free agency after spending his entire career in Houston. He signed with Arizona during the past offseason.