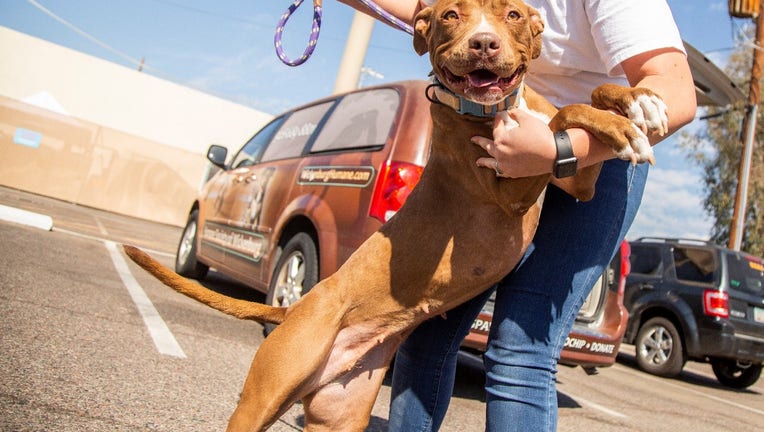 Lola, a two-year-old dog who spent more than half her life in an Arizona shelter, has found a home.

PHOENIX - After spending more than half of her life in a Wickenburg animal shelter, Lola has finally found a forever home with a Mesa family.

According a news release from the Arizona Humane Society, Lola, a 2-year-old stray dog, was brought to the Humane Society of Wickenburg in September last year along with her litter of six puppies.

She saw all of her puppies get adopted, but her lucky break didn't come until she was transferred to the Arizona Humane Society in Phoenix, officials said.

In less than 24 hours at the Phoenix shelter, Lola was adopted by a Mesa family. 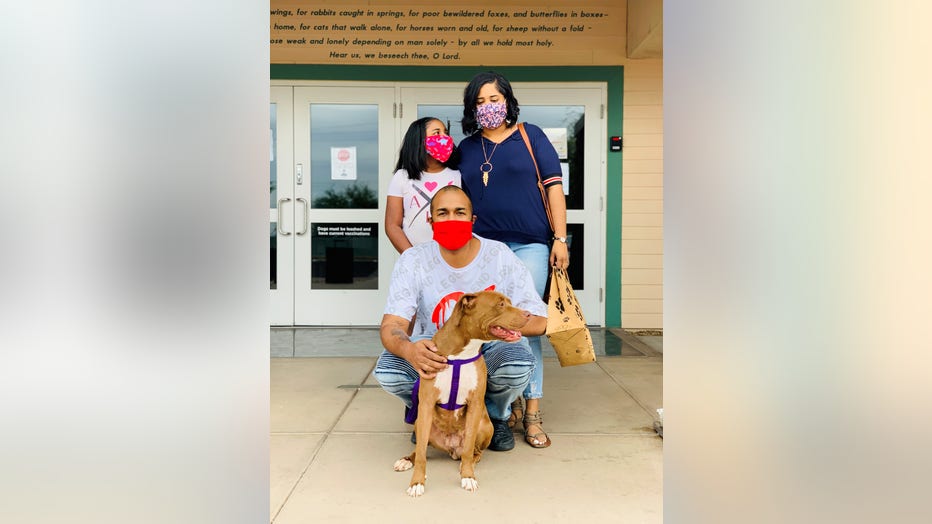 Officials say her story was made possible by the Project Reachout Program, an cross-shelter initiative meant to save pets who may suffer from medical needs or who live in shelters that are over capacity. In Lola's case, she was moved for a change of scenery and to improve her chances of finding a home.

"We couldn’t be happier for this sweet girl and her new family," AHS officials wrote.